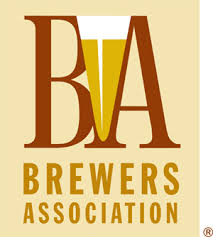 Washington small brewers are asking you to contact your state elected officials to oppose the five-fold increase of the beer excise tax contained in Governor Jay Inslee’s proposed budget.

Under the proposal, the per barrel tax would rise to at least $20.50 from the current $4.78, putting Washington’s beer taxes among the highest in the nation.

If such a tax were enacted, there would be immediate negative impacts to beer drinkers:

The impacts to the small breweries themselves could be devastating:

please add your voice to theirs and contact your state legislators and the Governor TODAY to express your opposition to this tax increase.

To contact your State legislators, use the Legislative (not Congressional) District Type function:

To express your views to the Governor: 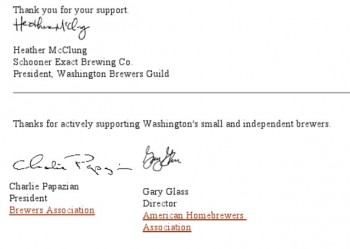 New Belgium Brewing sold to Lion Little World Beverages. There may be others
It must be something in the water - Olympia's Well 80 Brewhouse
Beer lineup for the 11th annual Belgian Fest - this Saturday in Seattle