Craft Beer + Food is the beer and food pairing event that my wife and I have organized and hosted for the past two years in Seattle. We combine ten local restaurants with ten local breweries, inviting the chefs and the brewmasters to get creative and come up with beer + food pairings. It is an amazing event, if I do say so myself. Craft Beer + Food is sort of like a local, smaller version of SAVOR. 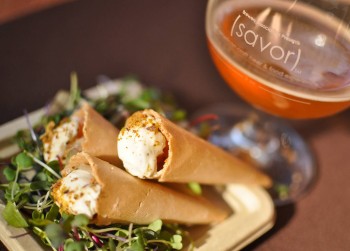 Tickets for SAVOR are not easy to get. Members of the Brewers Association get first crack. Any remaining tickets are then made available to the public. They do not last long.

It is also difficult for breweries to participate. The event features 76 breweries. We live in a nation of more than 2,000 breweries. You do the math. Breweries interested in participating sign up to participate in a lottery. Of course, a brewery can to be a sponsor of the event, essentially buying its way in, but that is an expense beyond many American craft breweries. I have no idea about this year, but I do know that last year 160 breweries entered the lottery. 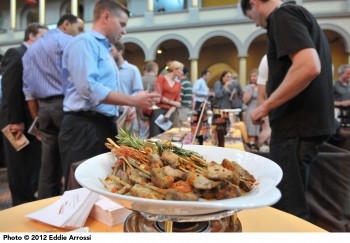 Here is the complete list of breweries participating SAVOR 2013: