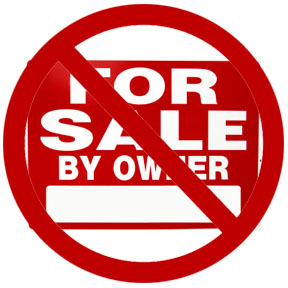 “Wow, now they’re getting topical and not just sending generic emails,” is what a local brewery owner told me about receiving the letter that I share below.

I admit that nobody should be surprised by this, and that any mention of a brewery acquisition might qualify as click bait, but I also know that many people are concerned about, and interested in, how these things get started.

This brewery has already been approached, but the previous overture was much more generic and anonymous, like the one we told you about in a previous post. After posting that story back in July, I learned that a few other local breweries in the area received the exact same letter.

I will not name the brewery that received this emailed letter, fearing that it would invite too much speculation. I’ll just describe it as a beloved local brewery. They did not make any overtures inviting this letter.

The letter was sent by an investment banking firm based in St. Louis, Missouri, one that specializes in mergers and acquisitions. That company claims, “Our clients can trust us to get a deal done efficiently and with the optimum financial results they desire.” I leave it to you to figure out who might be the client in this case.

In all fairness, I should note that this might have nothing to do with Big Beer. Perhaps it is another client that is interested in acquiring craft breweries. The fact that the company is based in St. Louis might be a coincidence. I suppose that’s possible.

The reason I share this letter is because I want people to understand that not all breweries are for sale. These offers are out there, the sharks are definitely circling, but most craft breweries remain steadfast in their desire to remain independent. I think it is valuable for local beer fans to see what one of these acquisitions looks like at the beginning.

Likely, other local breweries have received similar emails. No doubt, there are some breweries that would love to get this letter but have not. Otherwise we’d be reporting about Big Beer acquisitions every day. Apparently Big Beer is somewhat selective about who they deem worthy of assimilation. That is, of course, assuming this has anything to do with Big Beer.

As you are likely aware, there was yet another craft beer transaction announcement.  AB Inbev acquired Golden Road Brewery in what continues to be an unprecedented time for brewery acquisitions.  However this window will begin to close, and the interest will wane, as the top breweries become acquired and the market becomes saturated.  See the link below on the recent transaction:

As a middle market investment banking firm, we continue to have a focus in the craft beer sector and are working with private equity firms, family offices, and strategic buyers who are interested in acquiring craft breweries that possess the following attributes:

Now is a very good time for a well-run regional brewery to be seeking a transaction and perhaps the timing is better than ever to take some chips off the table, before the widow closes and the interest fades.

Happy to discuss further should you find it beneficial.  Please feel free to contact me.