Join the crew at Lucky Envelope Brewing as they commemorate the Chinese New Year with a two-day celebration at the brewery’s taproom in Seattle. The celebration, on January 25th and 26th, includes the release of a very special beer.

This year Lucky Envelope Brewing teamed up with Highland Brewing of Asheville, North Carolina to create a cross-continent collaboration beer, brewed at both breweries using ingredients from both regions. The beer and the collaboration are inspired by the shared cultural heritage of the owners of the two breweries. For more info about the beer, see the press release below. 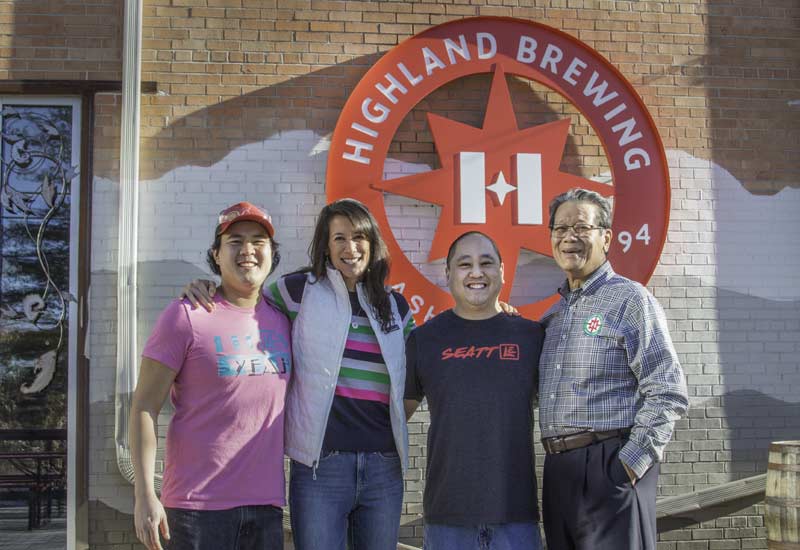 Seattle, WA (January 14, 2020) — Lucky Envelope Brewing and Highland Brewing Company of Asheville, NC are proud to announce their collaboration brew, Metal Rat, a Hazy IPA brewed with Lotus hops. This beer will be brewed on both coasts and was inspired by the Chinese cultural heritage of the brewery owners. It will be released in cross-country Chinese New Year celebrations on January 25, 2020.

Using ingredients from both of the breweries locales, Metal Rat will feature Lotus hops from Hopsteiner in Yakima, WA and malted wheat from both Epiphany in North Carolina and Skagit Valley Malting in Washington. This IPA will feature bright orange and lemon notes from the hops and a soft, creamy mouthfeel from the addition of wheat malt. With local malt and Lotus hops, this beer will give drinkers a taste of this unique cultural connection and a taste of place.

Lucky Envelope’s former tasting room manager left Seattle for Asheville and landed at Highland Brewing nearly a year ago, bridging the two breweries which are both owned by Chinese Americans. Their shared cultural heritage inspired the two breweries to collaborate on a beer release that would both celebrate and honor their Chinese roots.

Barry Chan, Brewmaster and Co-founder of Lucky Envelope said, “One of our favorite things to do at Lucky Envelope Brewing is to share fond memories of our cultural upbringing. Our beers have regularly featured ingredients and stories influenced by our experiences. We hope this coast-to-coast collaboration helps create conversations on diversity and inclusion in the brew community.” Raymond Kwan, Lucky Envelope’s Director of Operations and Co-founder added, “The Metal Rat Hazy IPA exemplifies ‘Craft, Family, Culture’ in bringing together our two breweries, reflecting on our memories, and creating new traditions for the future.”

Joining Chan and Kwan for Lucky Envelope’s brew day the second week of January will be Highland Brewing’s Innovation Manager Trace Redmond, founder Oscar Wong and his daughter and Highland’s president, Leah Wong Ashburn. Chan and Kwan will then head to Asheville later in the week for Highland’s brew day.

Ashburn said, “We are exploring our craft and our family’s heritage with this collaboration. This is about more than beer, this is a conversation about diversity in the craft beer industry.  We are proud to advance that conversation by sharing our heritage and our stories in this brew.”

The finished product—Metal Rat Hazy IPA—will be released onsite and available on draft at both Lucky Envelope Brewing and Highland Brewing during their Chinese New Year celebrations on Saturday, January 25, 2020. Special t-shirts and stickers to commemorate the occasion will be available to purchase at the parties. For more information on the release and celebrations, follow Lucky Envelope’s Facebook page.