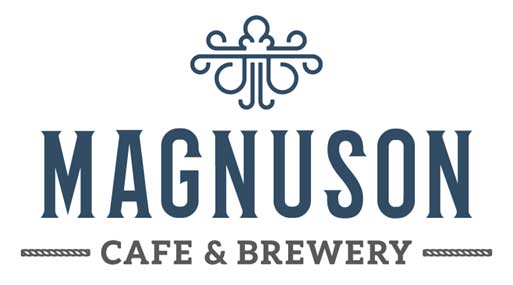 Way back in December 2016 we learned that the people who run Magnuson Park in Seattle were looking for a brewery and/or pub to take over some available real estate at the park. Read that story. It seemed like a pretty sweet deal. Not often do you find such an enthusiastic landlord that seemed excited to have a brewery/pub at a local park. Well it took some time to find an appropriate tenant, but today we learned that a the folks behind Dexter Brewhouse and Mollusk Brewing are opening a new pub and eatery at the location along the shores of Lake Washington.

The group behind Dexter Brewhouse and Mollusk Brewing in South Lake Union just announced that they will open Magnuson Cafe and Brewery this summer. Mollusk Brewing, under the direction of brewmaster Cody Morris, will increase brewing capacity by opening a second brewhouse at the new Magnuson Park location.

The proprietors say that the new location will be a family-friendly restaurant offering hand-crafted food, house-crafted beers, and a total of 16 taps. The space features a large deck with multiple levels overlooking Lake Washington. The outdoor space will include a dog-friendly area, which make sense given the proximity of the Magnuson Park off-leash area. The deck/patio will also include a retractable shade structure.

“Magnuson Cafe and Brewery will be a truly Northwest beer-focused dining and drinking experience,” said Cody Cluff, owner of Dexter Brewhouse, Magnuson Cafe & Brewery, and Mollusk Brewing. “I’m very excited to share the large outdoor deck on Lake Washington in one of Seattle’s most historic parks and see our community enjoying themselves, soaking up the Seattle sun along with great food and beer.”

According to the announcement, Jon Langley, Executive Chef & Director of Kitchen Operations, has created an approachable menu offering fresh and familiar American brewpub food with a Northwest influence. The restaurant will offer elevated pub grub as well as summer-friendly dishes like seasonally-inspired pastas, pork carnitas tacos, and farm-fresh salads. Weekend brunch will be a focus for the restaurant offering crowd favorites like avocado toast and mimosas, to classics like breakfast burritos and biscuits and gravy. A brunch-friendly drink list will also be available on weekends.

Mollusk Brewing will open a second brewhouse at the new location. “Being able to have two breweries operating together is a game changer and will allow us to produce beer for our restaurants, as well as increase our presence throughout the Pacific Northwest.” says brewmaster Cody Morris.

The restaurant and brewery, located at 7777 62nd Ave NE and occupying historic Building 20, previously used for torpedo storage long ago, is the first of its kind in the park. Magnuson Cafe and Brewery looks forward to partnering with other local organizations such as Sail Sand Point, Cascade Bicycle Club, the Mountaineers, Arena Sports, the Magnuson Athletic Club, Seattle Parks & Rec, NOAA and others.