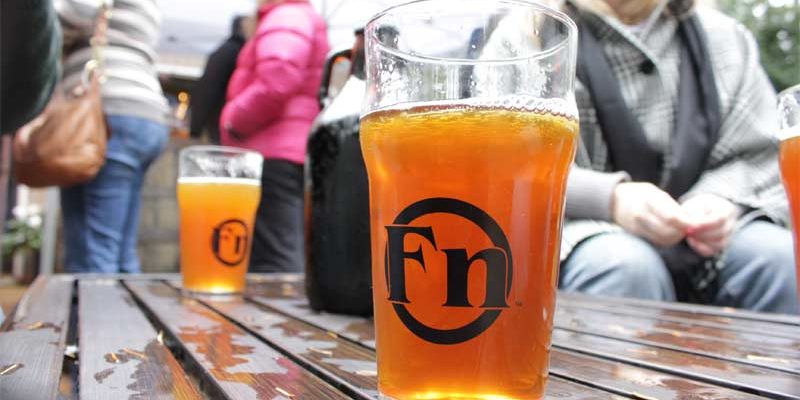 Foggy Noggin Brewing in Bothell, Washington never stopped brewing the beer, even after Marshawn Lynch left the Seahawks. The brewery releases the beer annually during football season as a continuing homage to Marshawn Lynch and the role he played in the Seahawks’ historic run to a Super Bowl championship.

The beer, originally called 12th Man Skittles IPA, earned the brewery a cease and desist letter from Texas A&M, so Foggy Noggin Brewing dropped the litigious part of the name and rebranded it Cease & Desist Skittles IPA. Now that Marshawn Lynch is returning to the Seahawks for what will hopefully be another historic playoff run, Foggy Noggin’s annual release of the beer seems more poignant than ever. They’ll pour it this Saturday, December 28th at the brewery’s taproom in Bothell.

Here’s the release notice from the brewery:

When the Seahawks made their historic run to win Super Bowl XLVIII in 2014, Foggy Noggin Brewing (Bothell, WA) brewed a very limited special beer for the occasion using Skittles as an ingredient bringing the excitement of the team into a beer. Intended to be called 12th Man Skittles IPA, Foggy Noggin Brewing was served a Cease & Desist from Texas A&M using their trademark “12th Man.”

The beer was renamed to Cease & Desist Skittles IPA and over 250 people lined up for the chance to taste this unique Skittle Beer the day before the big game. The keg blew in just a few minutes and owner/brewmaster Jim Jamison told the crowd “If the Seahawks Win, we will brew a whole batch.” Indeed the Seahawks won and 3 weeks later the beer was put on tap and ran out in just 18 minutes.

Foggy Noggin Brewing has continued to brew this beer during each Seahawks season since and is excited to pour this tasty beer Saturday (12-5pm) in their tasting room with the return of Marshawn back on the team. Could this be the making of another Super Bowl run? We will just have to wait and see, but make sure you treat yourself to this incredible beer. It will be on tap for pints, growler fills and a limited amount of 22 ounce bottles will be available for purchase.