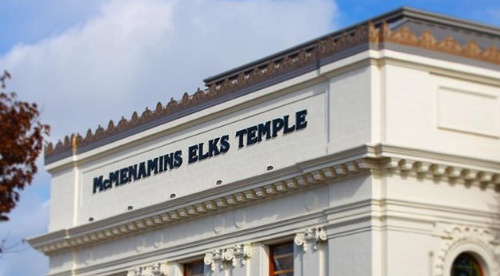 We’ve been covering McMenamins ongoing project in Tacoma for what seems like years. That’s because it has been years; we started following this saga in July of 2009 (see that story). The company is nothing if not steadfast and methodical, which is good because bringing together something like this is no simple task and it took years, quite literally, for work on the historic Tacoma Elks Temple to commence. It was late in 2015 that the company announced that work was about to begin (see that story).

At last, the company has announced that the McMenamins Elks Temple in downtown Tacoma will open on April 24, 2019.

The McMenamins Elks Temple is a hotel with a concert venue, a restaurant, multiple bars and a brewery. All of that housed within a beautiful old building that is on the National Registry of Historic Places. Those familiar with McMenamins’ other properties will find the concept familiar. 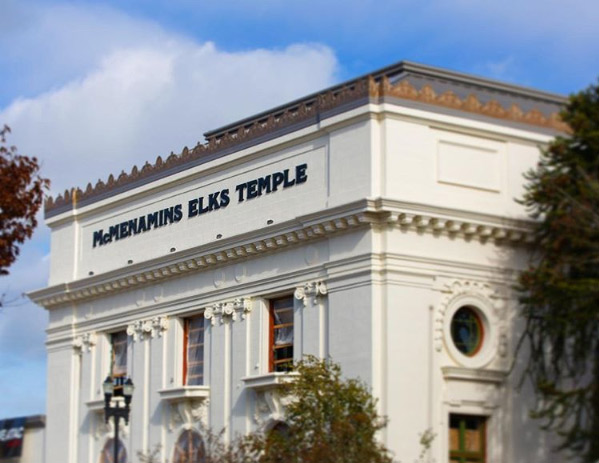 Although the opening is still a few months away, they are about to start accepting reservations. Also, they are hiring staff for the new location, which will employ between 150 to 200 people. Below we share information directly from the company.

Soon the ballroom will be rocking. Lively conversation will fill the halls. Arousing cheers will toast to new beginnings. Years in the making, and a complement to the city’s burgeoning entertainment district, McMenamins Elks Temple in downtown Tacoma, Wash., will open to the public on April 24, 2019. Reservations for the property’s 45 hotel rooms will be available beginning on Dec. 5, 2018 at 8 a.m.

After sitting vacant for 20 years, exterior restoration is complete on the building, which is on the National Register of Historic Places and directly adjacent to the City of Tacoma’s recently refurbished Spanish Steps. Reimagination of the interior space is also well underway, featuring custom artwork and murals, as well as antique fixtures from the Tacoma-area and beyond.

The property’s $34 million restoration was funded in part by local investors and focused on breathing life back into the historic building. Once open, the artfully refurbished 102-year-old structure will include:

· 45 hotel rooms featuring unique artwork and private baths; many rooms have views of the Puget Sound and Old Town Tacoma, while others look to the interior atrium.

· Three restaurants, each with its own menu, seating options and mood. Guests can choose to dine outdoors on the Spanish Steps or sip a cocktail next to a custom-built interactive indoor fountain.

· Multiple small bars including a secret bar tucked under the sidewalk and a game room with pool tables and shuffle boards, featuring an antique bar originally sourced and built in Tacoma.

· A seven-barrel brewery making small-batch and seasonal beers, as well as Hammerhead, Ruby and Terminator Stout.

· A market and bottle shop featuring 16 taps of beer and cider and a large retail selection of McMenamins handcrafted bottled beer, spirits, wine, apparel and merchandise.

RESERVATIONS: Guestroom reservations will be available beginning 8 a.m. on Wednesday, Dec. 5, by calling (425) 219-4370 or on mcmenamins.com.

HIRING: McMenamins Elks Temple will employ approximately 150-200 staff. Hiring calls will be hosted at the Tacoma Convention Center on the following dates: