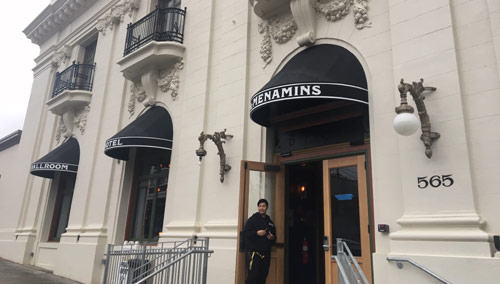 The old, once-elegant Elks Temple in downtown Tacoma sat vacant for 20 years. Well, not exactly vacant, but the residents weren’t exactly welcome or legal, so part of the $34 million dollars McMenamins and its group of investors spent on the massive renovation involved graffiti mitigation and other clean-up work. Today, April 24th, McMenamins Elks Temple opens to the public. We were there on Monday for a preview event. (Photos by Kim Sharpe Jones.) 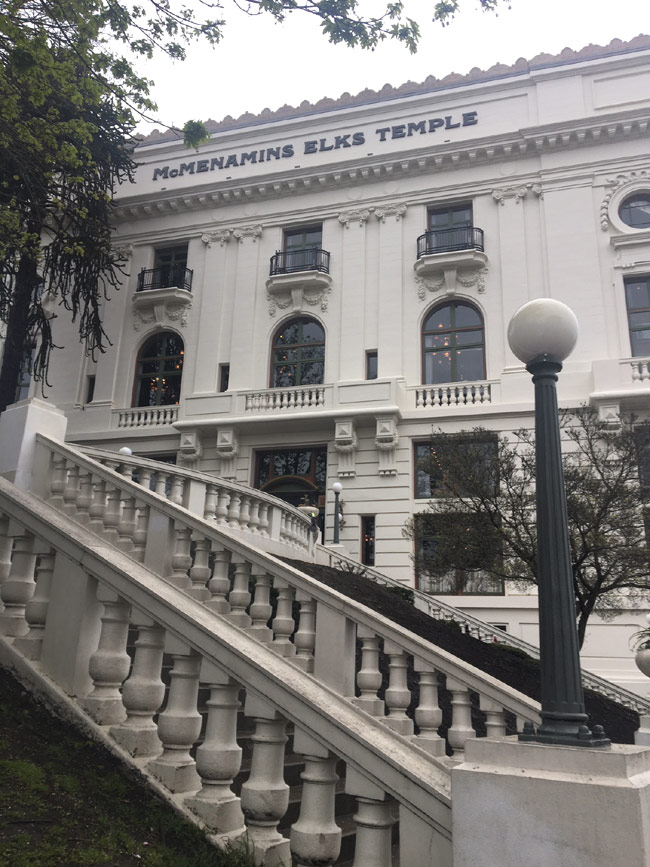 It’s no exaggeration to say that this was an ambitious project. To say the building, which was built in 1916, was in disrepair would be a gross understatement. For so long it was so sad to see the beautiful old building, which is on the National Registry of Historic Places, looking so sadly forgotten. That’s changed. 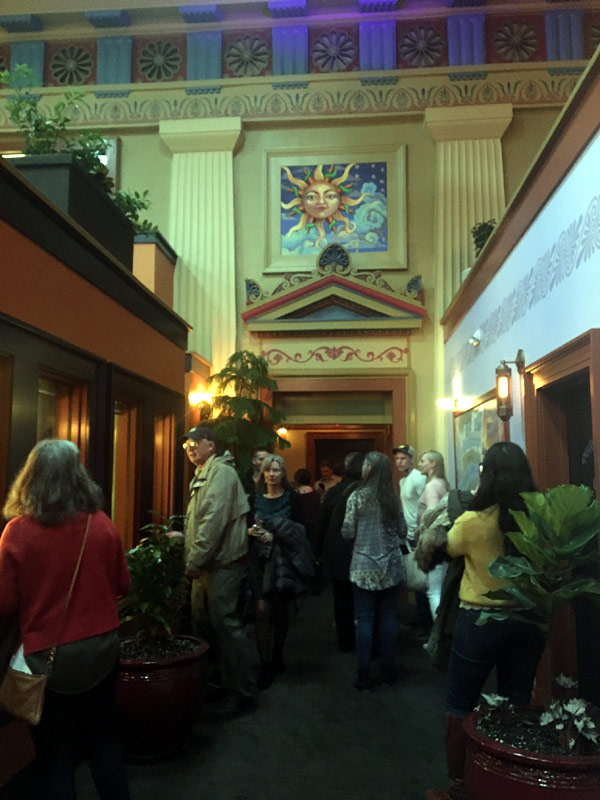 After walking through the massive structure, exploring all the different types of spaces that the McMenamins’ team created, it’s hard to imagine what else might have become of the old Elks Temple. Tacoma is known as “The City of Destiny” and this was clearly the old building’s ultimate destiny. 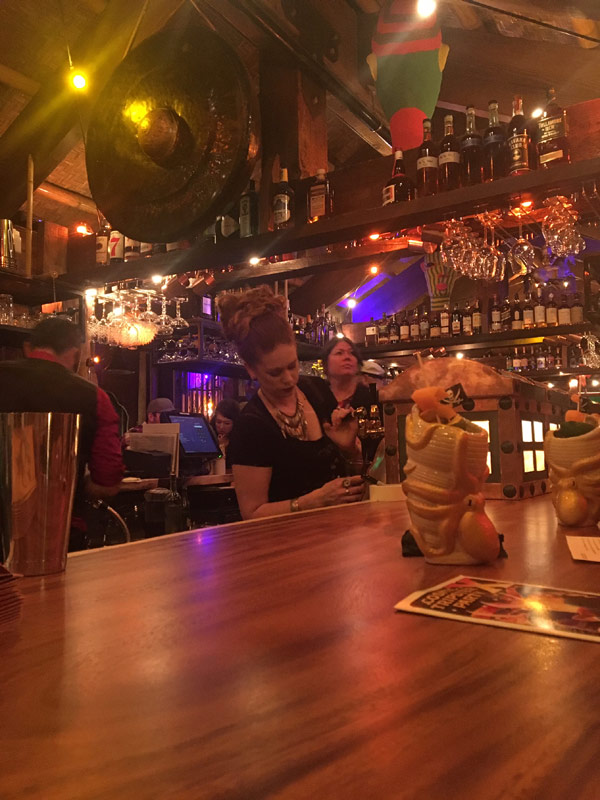 No mincing of words. It’s frickin’ beautiful! From the Tiki Bar in the basement (The Old Hideaway) to the amazing live music venue and the luxurious guest rooms upstairs, this might be the most spectacular thing Mike and Brian McMenamin have accomplished to date. And that’s saying something. Every fixture, every piece of art, every doorknob and doormat seems to have been perfectly considered. They have elegantly embraced the history of the building and Tacoma. 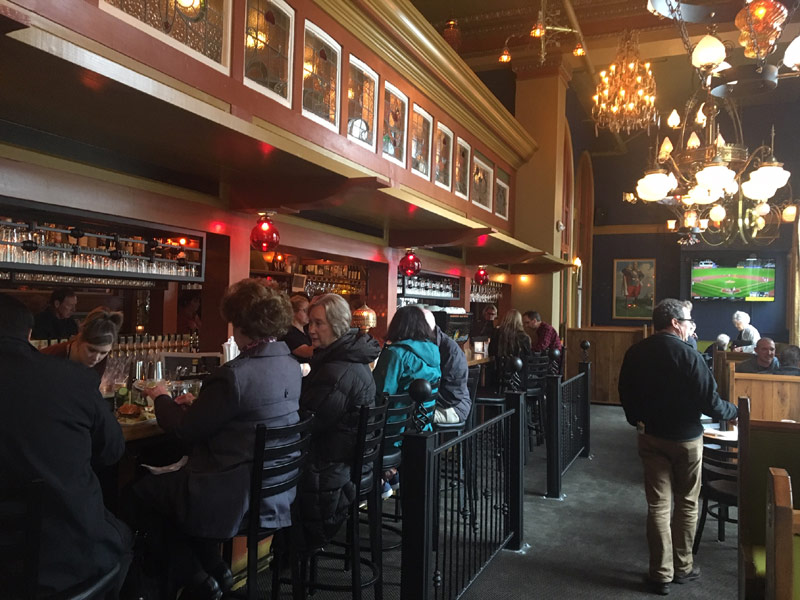 Like their other properties, the artwork itself is worth a visit. In true McMenamins fashion, there’s a pocket-sized tiny bar that you’ll have to discover on your own. Also, there’s a brewery and several bars. Whatever kind of bar you’re looking for. To be honest, it’s hard to put into words. You simply must go explore it for yourself. 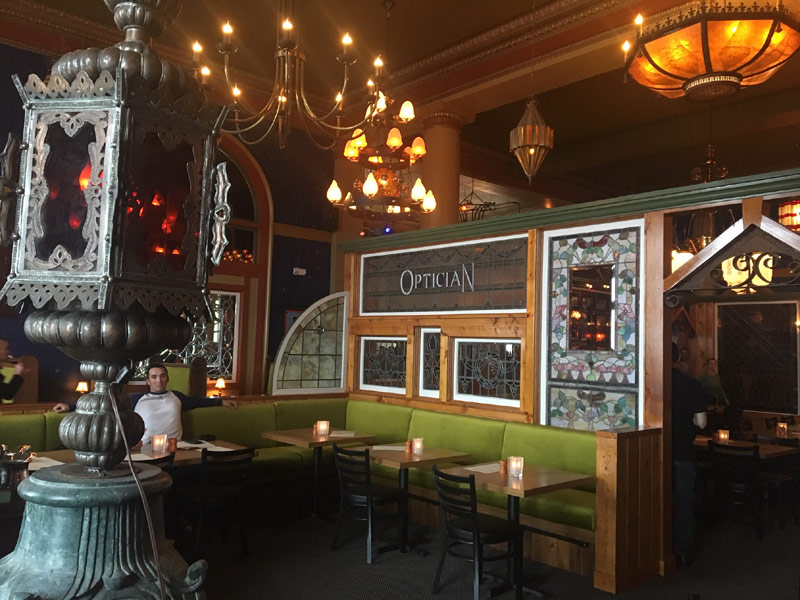 Here’s some advice. Start upstairs and work your way down because once you get to The Old HIdeaway in the basement, you will not want to leave. When I say that it’s a Tiki Bar, I’m talking about fruity drinks and lots of bamboo kitsch, sure, but I’m also talking about indoor fire pits and fountains, thunder and lightning, and more. Yes, they have beer on tap, too. It’s beautiful but dark, so capturing the ambiance in photos was tough. 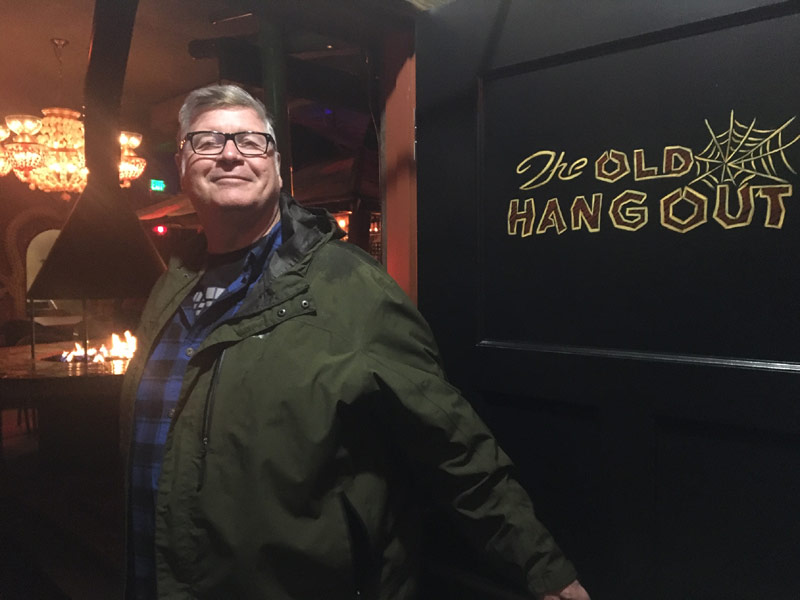 The property’s $34 million restoration project was funded in part by local investors. To a large extent, it was a partnership with the community that brought the old Elks Temple back to life. 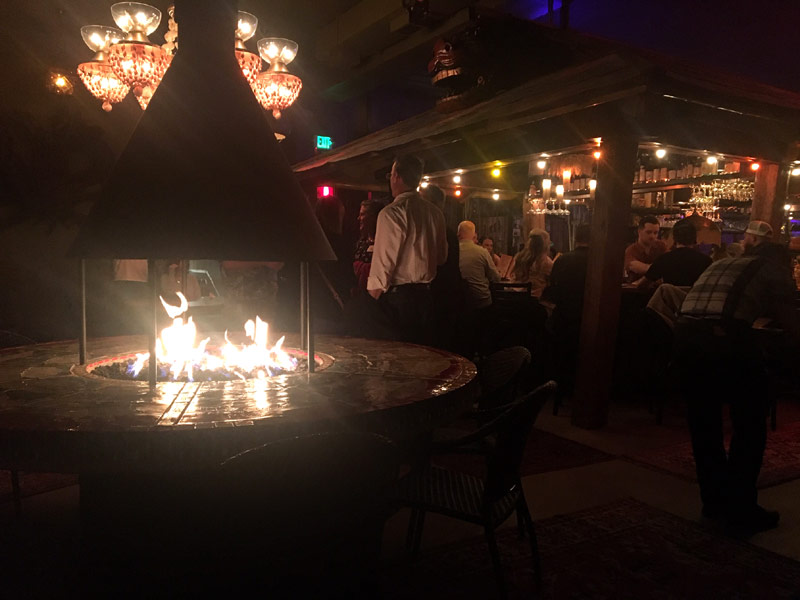 Here are some highlights:

45 hotel rooms featuring unique artwork and private baths; many rooms have views of the Puget Sound and Old Town Tacoma, while others look to the interior atrium. 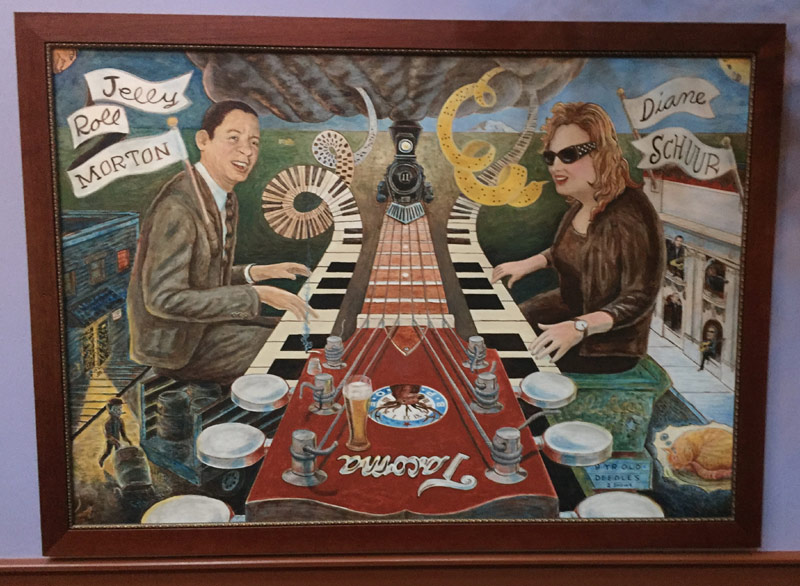 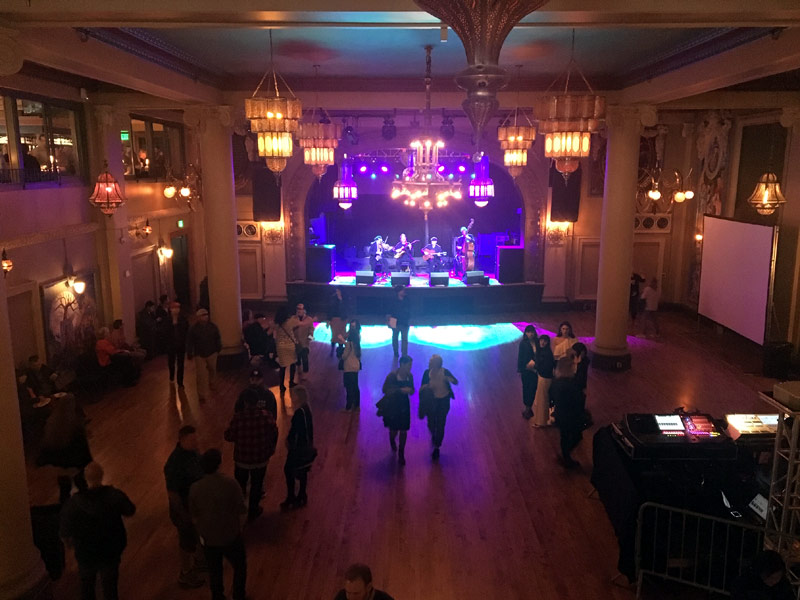 Three restaurants, each with its own menu, seating options and mood. Guests can choose to dine outdoors on the Spanish Steps or sip a cocktail next to a custom-built interactive indoor fountain.

Multiple small bars including a secret bar tucked under the sidewalk and a game room with pool tables and shuffleboards, featuring an antique bar originally sourced and built in Tacoma. 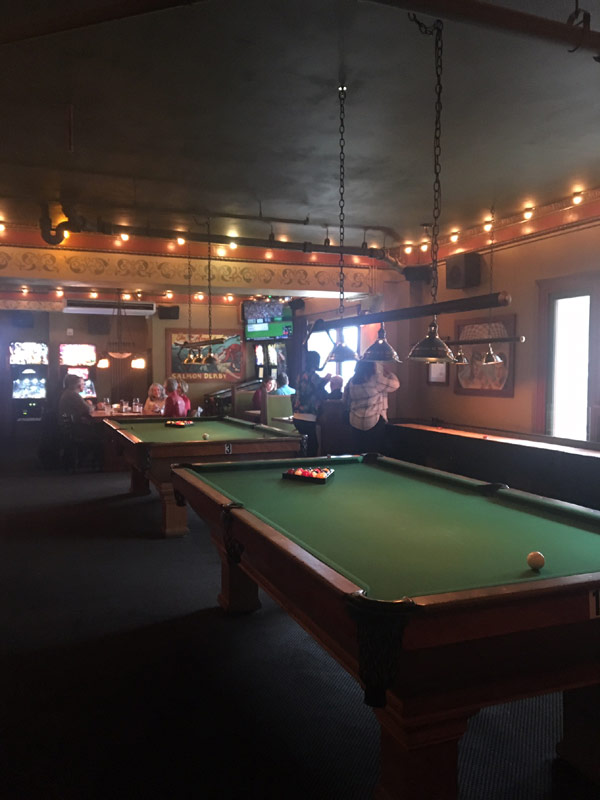 A seven-barrel brewery making small-batch and seasonal beers, as well as Hammerhead, Ruby and Terminator Stout.

A market and bottle shop featuring 16 taps of beer and cider and a large retail selection of McMenamins handcrafted bottled beer, spirits, wine, apparel and merchandise.