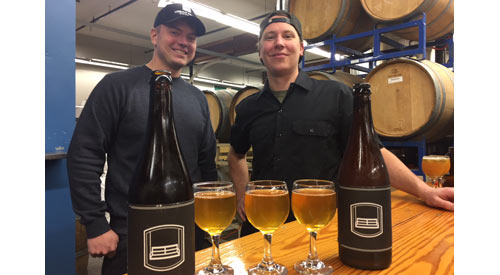 About a year ago, Andy Gundel was working for Urban Family Brewing in Seattle helping manage some of the nuts and bolts of the brewery’s business operations. That’s when the opportunity to assume ownership of the brewery presented itself. For whatever reason, the previous owners were looking to move along and say goodbye to the beer biz. Andy jumped at the opportunity.

Upon taking the reins, Andy decided to maintain the name, the logo, and the brand in general, but he pretty much overhauled everything else. Today, Urban Family Brewing is a completely different animal. He says that taking over Urban Family presented a rare opportunity to start his own brewery without all the headache of actually starting a brewery.

To the casual observer, it probably looks pretty much the same, but a lot has changed. Along with a lot of new staff members, they’ve added some fermentation tanks, a big and beautiful foedre, and an experienced brewer with some pretty serious chops. Isaac Koski joined the team last January, bringing with him more than five year of experience at New Belgium Brewing, where he worked as a cellarman and a brewer.

I recently sat down with Andy and Isaac to sample some of their latest creations and upcoming releases. First of all, the beers are very good, with much of the focus on barrel-aged, fruited sour beers. The sour and barrel-aged beers I sampled all tasted mature and sophisticated. Not green and simple. Complex, interesting, well-considered and well-executed. Don’t like sour beer? No worries. Isaac also seems to have a passion for hazy IPAs. 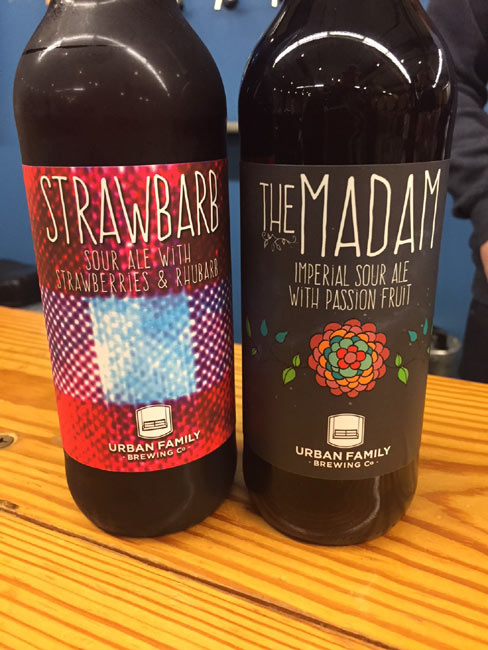 Urban Family has established a relationship with Collins Family Orchards, a fourth-generation family farm in Selah, WA, which provides much of the fruit the brewery needs for its beers. Collins grows lots of familiar stuff like apples and cherries, but of particular interest to Andy and Isaac, the farm also grows a lot of hybrid fruit, like apriums (apricot-plum) and nectarcots (nectarine-apricot). In fact, those two fruits are featured in the Urban Family Reserve Series No. 1. 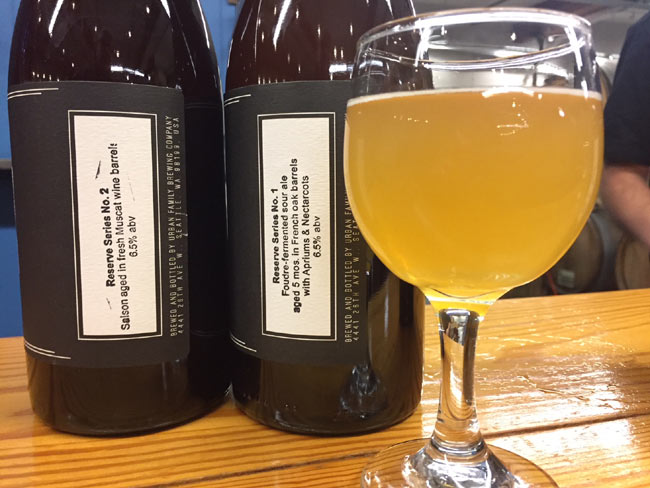 To give you an idea of the kind of stuff their doing at Urban Family, the Reserve Series No. 1 is a foeder-fermented sour ale that was aged for five months in French oak barrels with the aforementioned apriums and nectarcots. The Reserve Series No. 2 is a Saison aged in Muscat wine barrels from Minimus Wines in McMinnville, OR.