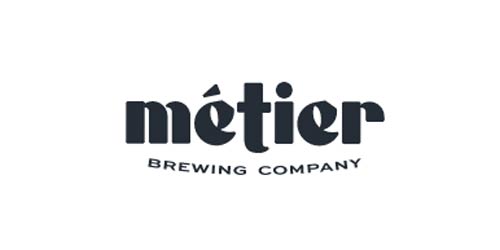 We first introduced you to Métier Brewing Company back in January, when we shared the announcement that they were taking over Des Voignes Brewing (B-Sides Brewing) in Woodinville. Métier Brewing just announced that it is ready to open its taproom to the public. See our previous post to find out more about who is involved and what they have planned.

The new taproom opens on Saturday, June 2nd with, among other things, nine Métier beers on tap. They intend to host an official grand opening celebration some time in July. Here is the announcement from Métier Brewing:

We’re excited to announce that Métier Brewing Company (MBC) will open it’s doors on Saturday, June 2nd at 12pm. We’ll open with nine MBC beers, a guest cider, root beer on draft, and our own in-house nitro cold brew. Our selection ranges from a delicious, award-winning Coconut Porter and four distinctive and balanced IPAs, to a crisp Kölsch-style ale that calls for summer.

MBC is all about building community and offering a welcoming gathering space for families, friends, and those who appreciate a well-crafted brew. Our venue is kid-friendly and has plenty of on-site parking for both cars and bikes.

We’ve got some awesome bands booked this summer, including an upcoming show by Aaron Lee Tasjan (see below), and we’re looking forward to hosting more events that bring our local community together.

Come by and see us at our new brewery and taproom located on Artisan Hill off of NE North Woodinville Way: 14125 NE 189th St. Suite B, Woodinville, WA 98072.

Stay tuned for more details on a grand opening celebration planned for July.

Portland's Great Notion Brewing opening a taproom in Seattle
West Seattle's The Good Society Brewery brews its first batch of beer
Is Seattle one of the best beer cities in America or not?