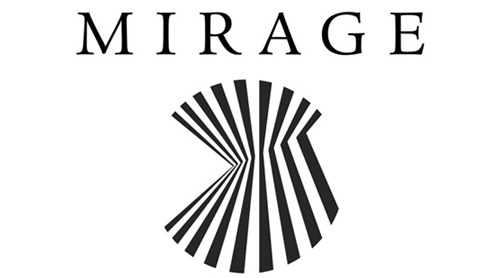 America has an immense capacity to forgive. Superstar athletes, politicians, movie stars, pop musicians, and other people in the spotlight sometimes do really stupid, offensive, off-color and insensitive things for which the American public frequently grants pardon if not complete absolution. What we want is real contrition.

The beer community is much the same. If you are truly sorry for your gaff, if your apology is not simply lip-service, we are willing to grant you clemency. None of us are above making mistakes, but how we own up to our mistakes, and how we rebound from them, says a lot about our real character.

Recently, Mirage Beer Company of Seattle made a mistake that garnered them some unwanted national attention. They created a pair of beer labels that were, admittedly, conceived in poor taste. Luckily for the company, it was the apology and not the original gaff that got the attention of Fox News and other national mainstream outlets. I do not intend for this post to delve into the deeper issues that are brought up by this story, and I want to make sure my readers understand that I am not a person of color and any opinions expressed here are mine unless I’m quoting someone else.

Literally and visually, the labels made obvious reference to the Crips and Bloods in what was presumably, if not obviously, meant to be a joke. Thing is, gang violence in America is no joking matter. If not a joke, it was appropriation, which might be even worse. Michael Dempster makes it clear in his apology that this was a serious ‘oh my god what was I thinking‘ moment and that he is fully aware of the horrid mistake that was avoided.

Avoided? The labels never made it onto store shelves our out into public, but a picture of the labels and cans that made the rounds on social media drew the attention of Beer Kulture, Worst Beer Blog, DontDrinkBeer and others. (The Washington Beer Blog made a conscious decision to not show the picture of the labels here.)

“First, they were cavalierly created in poor taste, and I feel awful that I hurt or angered anyone,” said Michael Dempster of Mirage Beer Company in his official apology statement. “I also want to thank members of the beer community for forcefully saying, “check your privilege,” as I clearly needed that check. Your responses give me hope for this industry, and kept me from making an even bigger mistake: actually using those stupid labels and letting them hit shelves, where they could then hurt, anger, or disenfranchise anyone who passed them.”

“So far as the labels’ content, I deeply regret the obvious element of appropriation, and further, that they trivialized the impact of gang violence on marginalized communities. I’m embarrassed and ashamed to find myself here. I was blind, and stupid, and I wish I could take it back — not for my benefit, but to prevent anyone from feeling like this industry is any more hostile and/or insensitive than it already is. This was not my intent, and that’s part of the problem: I hadn’t thought this through.”

You can read his complete apology here. I encourage you to do that. The apology is not a flippant non-apology, as you often hear these days. It is thoughtful, heartfelt, and insightful. In the end, he seems to be making a plea for us all to abandon the kind of insensitive thinking that led to the conception of the labels in the first place. Michael sounds hopeful that his lesson will help lead to a more wide-spread sense of inclusivity in the beer world.

“It breaks my heart that I’m the reason for anyone feeling less welcome in the craft beer community, and I’m sorry anyone had to waste any energy at all on me or my ignorant label ideas.”

“I hope to further demonstrate my remorse in a way folks find meaningful, emphasizes the importance of inclusivity in beer, or otherwise helps prevent anyone from making similar mistakes. Deservedly, I’ll now be an example of “how not to be,” and I hope my example is used to educate others.”

For that, Michael Dempster and Mirage Beer deserve our consideration and not our dismissal. We all make mistakes. What we do thereafter is the measure of our character.

The beers are being released, with different labels and names, and proceeds from their sales will benefit at-risk youth.