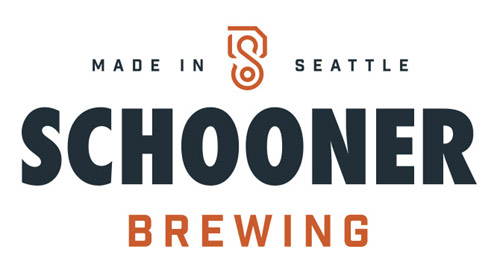 We’ve already reported about the changes that started over a year ago at Schooner Brewing (formerly Schooner Exact Brewing). The changes involved, among other things, a shift in ownership, a complete rebranding (new name), and some major adjustments to the restaurant side of the business. Add to that news of a temporary closure early last year and news that the brewery was now also producing hard seltzer under a licensing agreement with San Juan Seltzer, and it has been an eventful 12 months for Schooner Brewing.

More news today. Effective at the end of business today (January 18), the kitchen is closed at Schooner Brewing. The taproom will now only offer light pub snacks, like pretzels and snack mix. Also, they’ve changed the operating hours and are now open Wednesday through Sunday (closed Monday and Tuesday). No news yet on when, of if, they intend to reopen the kitchen. Effective immediately, Schooner Exact is a brewery with a beer-only taproom. Kind of. There’s more to the story.

The other news today is that Schooner Exact is now partnered, more officially, with San Juan Seltzer Company. Basically, the two company’s have merged and become one entity. They’ve worked together by way of a licensing relationship since the spring of 2018 when Schooner began brewing and canning San Juan Seltzer’s spiked sparkling waters at its SoDo brewery.

According to a press release from the company, with the merger management has decided to close Schooner’s restaurant, effective end of business on Friday, January 18, 2019, to focus solely on producing craft beer and spiked sparkling water. The Schooner Brewing taproom will continue to stay open and serve its existing and growing portfolio of beers to its loyal customers. New operating hours are Wednesday thru Sunday from 3-9 p.m. Along with beer, they’ll serve spiked sparkling water and light bar snacks. The changes are effective Wednesday, January 23.

“I’m incredibly proud to oversee San Juan Seltzer, the award-winning Schooner Brewing and our taproom” said Ron Lloyd, President and CEO. “Both of these local brands produce world-class products and we have so many exciting plans in store for the future as we continue to grow here in SoDo and with our growing distributor network throughout the Pacific Northwest!”

Lloyd added, “We’ve had so much excitement over the last few months releasing fresh hop beer, participating in local events, and winning awards like ‘best American-style IPA 2018’ in SIP Northwest Magazine. We are thrilled to continue this momentum into 2019 with a renewed focus!”

Schooner’s Head Beer Brewer Joel Stickney, who has been with the brewery for nearly seven years, and the Schooner brewing team are excited to focus on creating and expanding new beer offerings both here and in Japan, a growing market for American craft beer. Schooner Brewing is one of our local breweries that has successfully entered the burgeoning craft beer scene in Japan.

Joel and his team will be releasing Schooner’s first New England style Hazy IPA in the next few weeks, with more new releases to follow. “With this merger of two great local companies I’m looking forward to focusing all of my efforts on creating excellent, new craft beers for current and future Schooner fans, as well as continuing to help brew high-quality San Juan Seltzer spiked sparkling waters,” said Stickney. “We have an incredible team assembled here that understands the ins and outs of the beverage alcohol industry and will work together to create exciting new alcoholic beverages that locals love to drink.”

San Juan Seltzer, which is the first spiked seltzer company based in the Pacific Northwest, competes in one of the hottest and fastest growing adult beverage categories. Why is it so hot? Well, in part, it’s because San Juan Seltzer provides an adult beverage option that is low calorie, with no sugar and no carbohydrates. It clocks in at  4.2 percent ABV and has just 85 calories, with zero sugar and zero carbs, per 12-ounce serving. Also, spiked sparkling water is a gluten-free product.

One thing is for sure, we will keep our eye on Schooner Brewing and San Juan Seltzer as things continue to evolve.