Last night was opening night for Seattle’s new Naked City Brewing. This is a lovely addition to the neighborhood: a much-needed alternative to the “adorable” dive bars that mark this section of Greenwood Avenue. Naked City is, dare I say, classy. It feels unmistakably upscale. They have 24 tap handles and an impressive bottle menu. Like I said, a nice alternative to the other places on the block, like the Baronoff and the Cross Walk (not that those aren’t fine establishment in their own way). 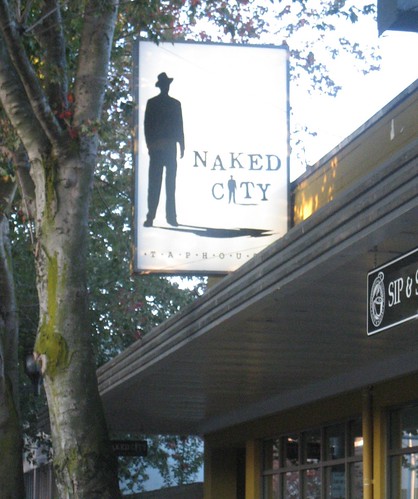 You can find Naked City Brewing (a brewery and taphouse) on the web at www.nakedcitybrewing.com.

On the street at:
85th and Greenwood
8564 Greenwood Ave N.
Seattle, WA

The grand opening was widely publicized and the crowd proved it. We arrived at 5:30, just before things really got pumping. Even at that early hour, it was standing room only. By 6:30, there wasn’t even much of that left.  Read the full post to see more pictures

I don’t know how much of the crowd was truly local. There certainly were a lot of familiar faces from the greater Seattle beer scene. Without looking too hard, we recognized John Reiher of the Puget Sound Beer MeetUp Group, Drew Cluley from Pike Brewing, and we shared a table with Don Scheidt (beer writer and beer educator extraordinaire).

We talked to Don Webb, one of the owners and the soon-to-be Naked City brewmaster. He was understandably busy and being pulled in several directions, but we were able to learn that Naked City purchased a 4-barrel brewing system from a now-defunct brewery in, of all places, Tennessee. I asked Don if—with a 4-barrel system—he intended to brew a couple times a week to keep up with demand. “I hope so,” he replied. 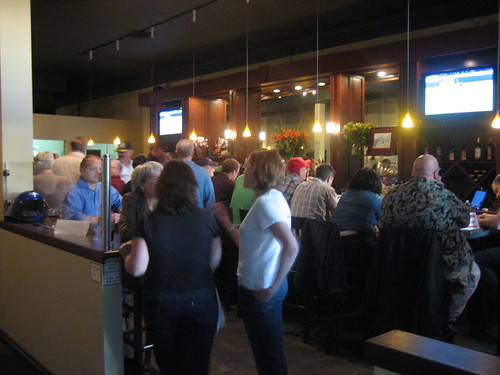 Don said that the city’s permitting process is moving along at a predictably slow pace. The brewing equipment is still in storage. In the meantime, expect to see Naked City beer on tap by the end of the month. Don recently made a batch of beer that he expects to be ready to drink by Halloween. Big kudos to the nice folks up at Lazy Boy Brewing in Everett, who graciously allowed Don to use their brew house to kick things off and make an inaugural batch of beer while the City of Seattle drags its feet. 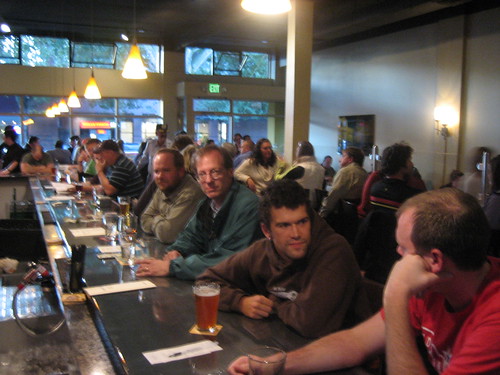 Stop in and check it out. If you like beer, you’ll like Naked City. Tell ‘em the blog sent you.