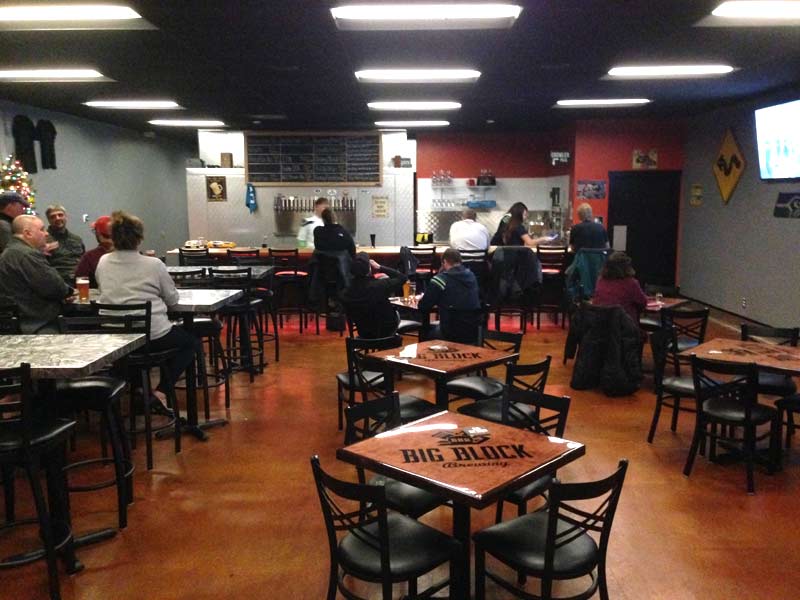 There are very few dark spots on the map of King County breweries. It seems that nearly every neighborhood has its own brewery these days, with just a few exceptions. One of the last brewery-challenged neighborhoods was the city of Sammamish, which some people still call the Issaquah Plateau: the fast-growing suburban nest between Issaquah and Redmond that remains a mystery to most Seattleites.

For the last couple years the suburbanites of Sammamish had a brewery, Big Block Brewing, but it was located in a residential neighborhood, in a garage, and was not open regular hours. That has changed. About two months ago Big Block Brewing opened its spacious, lovely tap room along E. Lake Sammamish Parkway. The new spot is open six days a week. I recently stopped by Big Block to check out the new tasting room and sample some beers. 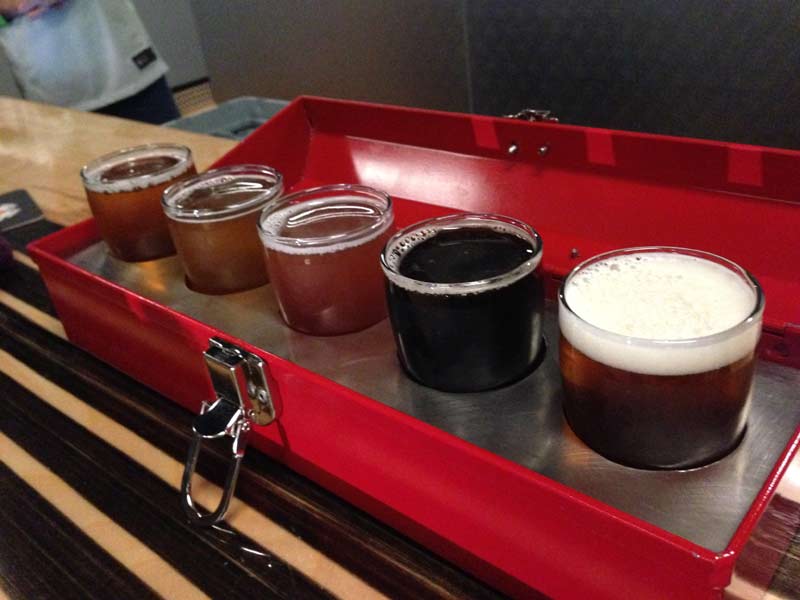 The location is about 3.5 miles north of Interstate 90 (take the Front Street exit in Issaquah and head north) and about 7 miles south of Redmond. Look for a small retail complex that includes a 7-Eleven.

The beers are still made up the street in the garage, but now Big Block pours its wares in a more accessible location that is open six days a week (Tuesday thru Sunday). The beer-only, 21+ taproom is spacious and well-appointed. There’s an expansive beer garden out back that is hidden from the parking lot, and I imagine it being very full this summer with people drinking beer and playing cornhole. There’s even a boche ball court. Let’s talk about the beer. I am always cautiously pessimistic about nano breweries and I do not heap praise upon small operations like this easily, but I’m a big fan of what John Julum is doing at Big Block. The beers manage to be interesting and creative without slipping into the realm of weird and undrinkable. They’re just good.

The Cherry Stout was a particular favorite, as was the Honey Pale. Yep, I said Honey Pale. Not typically the kind of beverage to which this celestial body gravitates, but I was drawn unexpectedly to this light and refreshing, but still full flavored, beer. Another standout was the Raspberry Blonde, which received a couple of accolades at the 2015 Washington Beer Awards (silver medal for Fruit Beer and Best Washington Agricultural Product Inspired Beer). John can explain in great detail how he sources things like honey, raspberries and cherries; he takes it very seriously and understands that the quality of those ingredients really does impact the resulting beers. 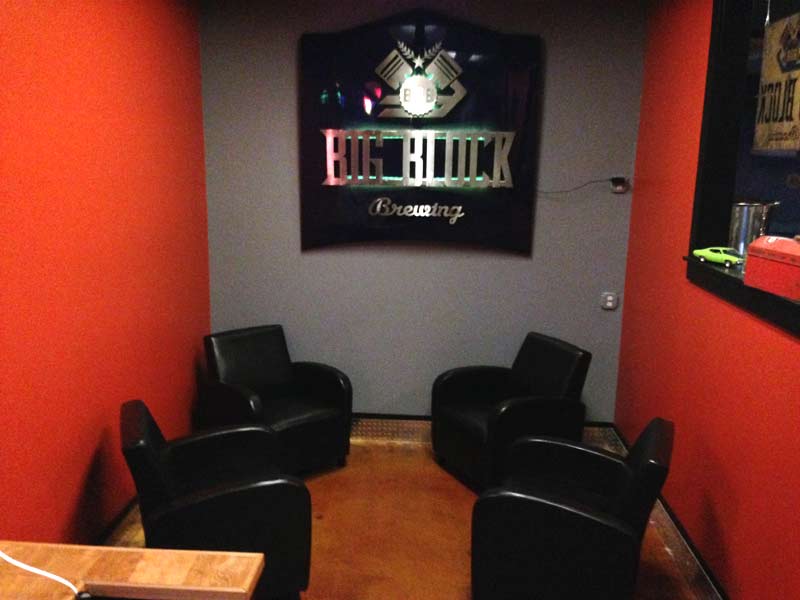 Insider tip: ask for a “dessert beer.” Just do it.

If you’re wondering about the name, then you are definitely not a hot rodder, gear head, or grease monkey. Big Block refers to large-displacement V-8 engines that were available, typically as an option, in cars from the late 1950s through the 1970s. You’d find them beneath the hoods of station wagons and muscle cars, mostly. When you visit Big Block Brewing take a look at the bar top. It looks like a burnout, because it is. John Julum laid out the wood and then laid down the rubber using his vintage Ford Galaxy. If you’re lucky, they’ll show you the video.