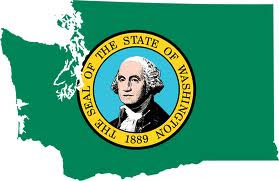 Below, I discuss how the currently proposed beer tax hike is expected to impact the consumer. This is the second post I’ve done about the proposed beer tax increase—the Governor’s proposal to expand and extend the existing excise tax on beer. I strongly urge you to read the first post (and the huge string of comments). Otherwise, you may not understand this one.

Recognize that we are currently only talking about a proposal. Just a plan, just an idea. The Governor aims to amend the existing bill (existing law) to include the changes we are discussing. This has been a source of some confusion. The bill people are seeing online has not yet been modified to include these latest, proposed changes.

The other night I spoke with the Heather McClung, the President of the Washington Brewers Guild. For her, this is not just a conversation on a beer blog. For her, it is a job. It is her business and her livelihood. McClung often needs to calculate how different variables might affect wholesale beer prices.

She crunched some numbers, trying to understand how this beer tax proposal would move through the supply chain. She took into account the reality that all of the players involved need to maintain margins. The last thing anyone wants is to raise taxes and create layoffs, right? Margins must be maintained.

McClung estimates the proposed changes to the beer tax laws would lead to an 11 percent increase in the wholesale price of a keg of Washington-brewed beer. In real numbers, that means a $135 keg would become a $150 keg. Wholesale price is what the bar pays for the beer.

Many of the more-common craft beers we drink at the pub have a wholesale price of about $135 for a standard 1/2 barrel keg. It is a good number with which to work.

Following my conversation with McClung, I contacted two local bar owners. I will not name them here, but they both own and operate well-known, well-loved beer bars in the Seattle area. Both are respected members of the beer business.

I asked a simple question: “If the price of a keg of a certain beer went up from $135 to $150, how would it impact the price of my pint?” They both offered the same reply. Basically, they said, depending on the establishment, it would probably lead to a 25 to 50 cent increase per pint.

There it is. That’s the immediate impact on you. I am not worried about the impact this tax proposal has on the consumer. I worry about the brewing industry and the craft beer “scene” as a whole.

While you and I may be able to absorb the new price of a pint, Washington’s breweries, especially the new and smaller breweries, would be hurt by this tax. This tax increase would be a brutal punch in the gut for our local breweries, limiting their ability to grow, create more jobs, and brew more taxable beer.

This is not about the per-pint price. That increase is just the trickle-down effect. This tax is on the breweries and not the consumers. Any impact on us is indirect. Certain, but it is indirect.