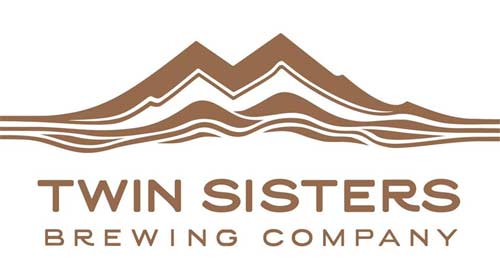 It’s an ambitious endeavor, as evidenced by the fact that Twin Sisters Brewing recently announced plans to hire 100 people to work at its soon-to-be-open brewery and restaurant in Bellingham. It’s hard to imagine a new brewpub needing to hire that many people right out of the gate. By all indications, this will be more than a brewpub: they hope to create something of a destination.

Twin Sisters Brewing hopes to open next month. We will keep you posted.

They’re calling it Bellingham Beer Garden, where they’ll serve food alongside house-brewed beers from Twin Sisters Brewing. In all, they’ll have 54 taps, some of which will presumably pour guest beers. It’s an indoor-outdoor affair with a large beer garden, room for games, a kid’s play area, and a park-like atmosphere both inside and out. The brewery and tasting room are in one building, the restaurant in another. The tasting room and beer garden are dog-friendly. Want so see architectural renderings? Click here. 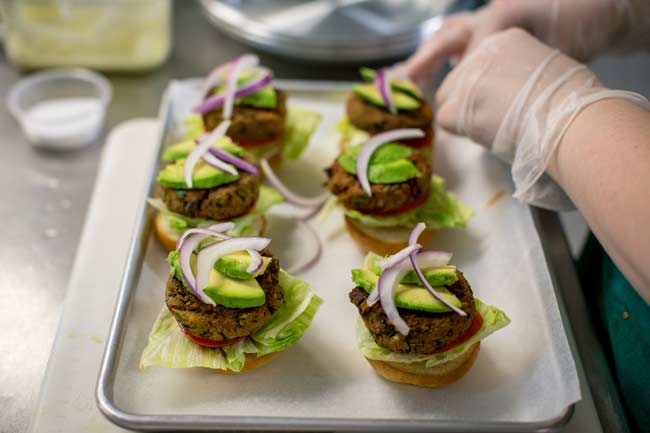 The food is described as American pub, with worldly influence and a significant emphasis on vegan options. 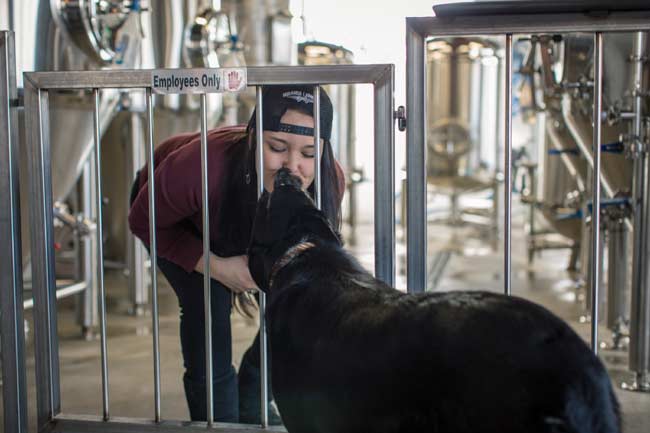 “The dream began with the desire to offer Bellingham something it did not already have: a large, grassy, outdoor beer garden that truly represents the Pacific Northwest in everything we provide—beer, food, entertainment, vibe,” says the company’s website. “What originated as a killer outdoor venue to enjoy great beer in beautiful Bellingham, Washington, turned into so much more. We built a team of passionate foodies, beer makers and buyers, designers and builders and our dream evolved… we took on the challenge of creating the one thing that Bellingham had been missing, a true PNW paradise.”

According to an article in the Bellingham Herald, the transformed warehouse includes a tunnel entrance leading to an open space with an upper mezzanine area that can be used for corporate events. Large garage-style glass doors and windows provide patrons with a view of the outdoor beer garden and park area.

From the company’s website, “At Bellingham Beer Garden you will find some of the best American pub-style eats, specially crafted cocktails, and the largest beer selection in Bellingham at 54 taps. There’s really nothing like it in Bellingham.” 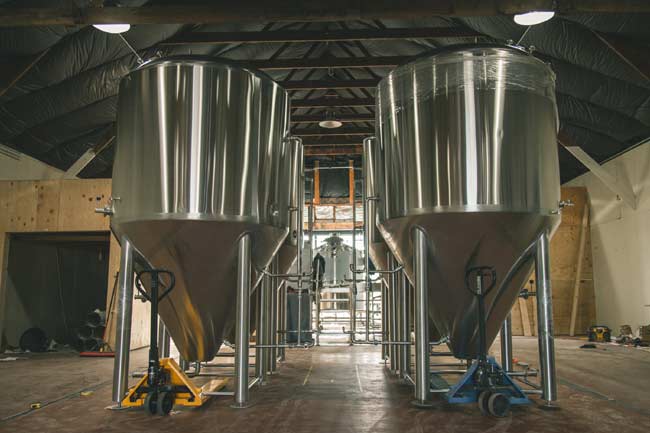 Nothing about Twin Sisters Brewing and Bellingham Beer Garden sounds small. The brewery has been built to produce up to 4,000 barrels per year. If they meet that production capacity, that’ll put them on par with breweries like Chuckanut Brewery, Diamond Knot Brewing, and Maritime Pacific Brewing (based on 2017 production data).

The location is in Bellingham’s Sunnyland neighborhood at 503 Carolina Street, just a few blocks west of the original Kulshan Brewing location.

The brewery is named after Twin Sisters Mountain, a single mountain with two jagged, peaks that lies just southeast of Mount Baker.