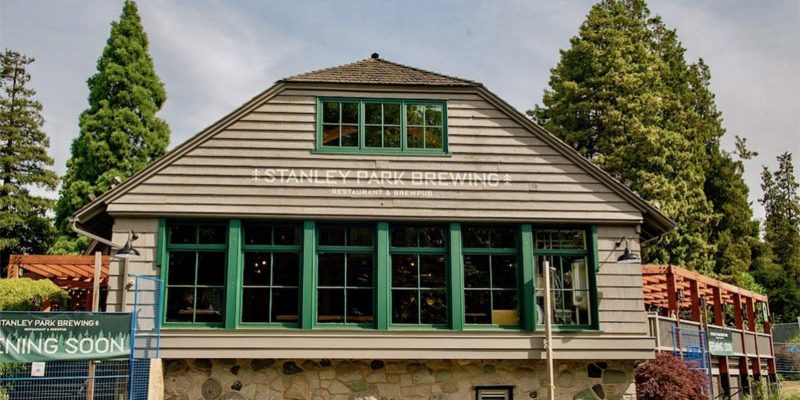 The new brewpub is located in one of the park’s historic buildings. Originally constructed in the 1930s as a sports pavilion, it was the home to Fish House Restaurant for the past 25 years. The new 10,600 square foot restaurant and pub is slated to open on July 29th, offering a full-service menu, an 82-seat tasting room, a 68-seat deck, and a 40-seat patio.

“We are excited to be working with the Park Board to transform the original sports pavilion into a new community-oriented restaurant with a small-batch brewery,” says the company’s website. “We believe that our approach and concept will add a new dimension to Stanley Park that will be attractive to park visitors, respect the integrity and lifestyle of the park, and be consistent with its status as an important and historic landmark.”

Stanley Park Brewing overcame some challenges in bringing this plan to fruition. There were concerns that the brewery would threaten the health of the Great Blue Heron population that calls the park home. Apparently, other opponents didn’t like the idea of the park being so closely associated with a company that produces and sells alcohol. It took some time, but city leaders were eventually satisfied and the new brewpub is set to open at the end of this month.