Barlow’s Brewery opens today in Vancouver, Washington. Apparently, they’ve been busy, as you would imagine, getting ready for the big day. They’ll have 12 beers on tap at today’s Grand Opening Celebration, some of them pictured below (from Facebook). As I understand it, Barlow’s Brewery will supply beer for Barlow’s Public House, which has been open for some time on the waterfront—a different location than Barlow’s Brewery. 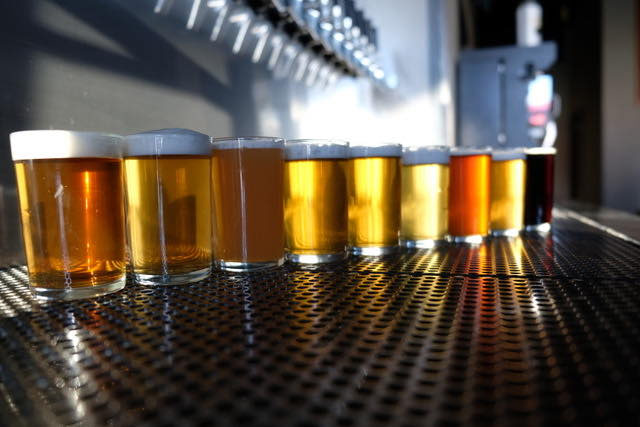 We’ll have more to tell you about Barlow’s Brewery in the near future. For now, here’s the announcement about today’s event, from Facebook:

Join us for the GRAND Opening of our brewing facility & taproom on February 21st! That’s right, it’s finally happening. The taproom will be open from 6-10PM pouring beer plus, Goldie’s BBQ food truck will be on site!

Come check out the space and taste what will be pouring!

From their “About” statement:

Just as Sam Barlow brought his family from the Southwest to the Northwest, so have we. Our Texas and Louisiana roots have ingrained a friendly, hard-working spirit. We love great food and good whiskey with a well-crafted beer. Visit our Public House on the Vancouver Waterfront for beer, whiskey and good eatin’ and look for our brewery and taproom to open on East Mill Plain off of Parkcrest Ave soon.