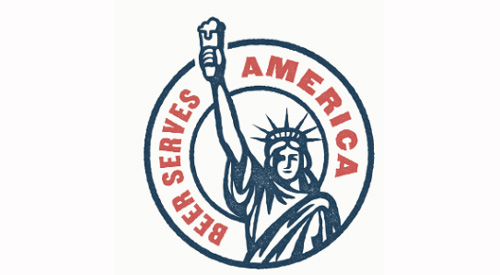 Beer contributes 28,000 jobs and over $1 billion in wages to Washington’s economy

Nationwide, the beer industry provides 2 million jobs and contributes $328 billion to the U.S. economy annually. These stats and many others unveil themselves in an economic report recently released by the Beer Institute and the National Beer Wholesalers Association. The report, compiled from 2018 industry data, measures the impact of the entire beer industry, not just the craft beer industry, on the nation as well as individual states.

Below, we share a chart showing all of the numbers as they relate to Washington directly. For more information like this, see the story we posted in April about a similar economic report conducted on behalf of the Washington Beer Commission.

Beer Serves America is a biennial report outlining the economic contributions, jobs, and taxes the beer industry provides in every state and congressional district. According to the recently released report,  the beer industry in Washington provides the state with nearly 28,000 jobs and over $1 billion in wages. These numbers include jobs in brewing, beer distribution, and beer retailing. If you expand the measurement to include beer-related activities like agriculture, manufacturing, and construction, beer is responsible for 53,000 jobs, $2.5B in wages, $8.2B in economic contribution, and $1.2B in tax revenue.

According to the report, America’s 7,000-plus breweries and 3,000-plus beer distributors directly employ more than 200,000 people, and every job in a brewery supports another 31 jobs in other industries. Again, the report measures the impact of the entire beer industry, not just the craft beer industry.

“Beer is more than America’s most popular alcohol beverage,” said Jim McGreevy, President and CEO of the Beer Institute. “Beer Serves America demonstrates how brewers, beer importers, and beer industry suppliers are creating jobs, providing wages and benefits to working Americans and supporting the economy in every state and every congressional district.”

Key findings from the Beer Serves America report include:

The Beer Serves America study was compiled by the independent economics firm John Dunham & Associates. It is the most comprehensive analysis of the industry available, using data collected directly from private companies, Infogroup, the U.S. Bureau of Labor Statistics, the Alcohol Tobacco Tax and Trade Bureau  and the U.S. Bureau of Economic Analysis.