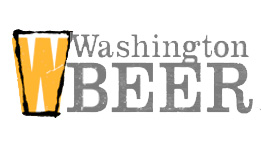 The Washington Beer Commission will soon announce the addition of a summer beer festival in Everett. The event is scheduled to take place on Saturday, August 18th in the part of town that Everett has dubbed its Arts District. Similar to last summer’s inaugural Bremerton Summer Brewfest, the event will take place on closed streets in the city’s revitalized downtown area. In addition to beer from Washington breweries the event will feature food and live music. There will be more details in the coming days but we wanted to be first to announce the news.

The Washington Beer Commission deserves to be congratulated. Apparently its events have become so popular that cities around the state are clamoring to host Washington beer festivals. Of course the breweries deserve a lot of the credit, too. As Eric Radovich, the Executive Director of the Washington Beer Commission, is always quick to point out, his job is easy because the state’s breweries pump out such great beer. Matt Russell, Director of Festival Operations, deserves kudos as well. His is a thankless job. He has created a template for these festivals and, quite frankly, works his butt off.