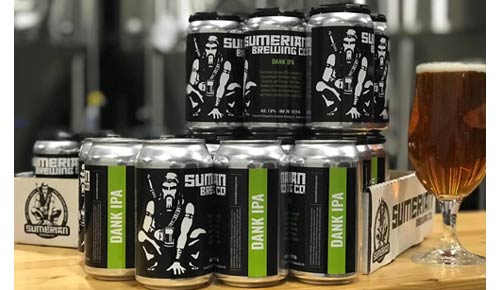 Today we share some news from Woodinville’s Sumerian Brewing. Among other things, their flagship IPA, Narcissism IPA, is now available in cans. But that’s not the only news. Here’s more about that and the rest, straight from the brewery.

From draft-only, to first-time-ever in a can. It’s Sumerian’s Flagship Narcissism NW Style Single IPA! Now available in our tasting room $10 for a six-pack.  In addition to Washington Beer awards this beer placed  1st. against Washington and Oregon Breweries in 100% blind test and 150 + ballet tally in Zog’s (Fox Island) IPA War (April 2018). It also was on draft last year in 7 locations at Safeco Field for the Mariners baseball season.  With an in-house canning line we now ‘can’ on-demand to offer it in our tasting room. Dank IPA is brewed with 3 powerhouse Northwest Hops: CTZ, Amarillo, and Simcoe. Their heavy-handed use throughout the brewing process have created bold aromas and flavors worthy of the name Dank. Now available in six-pack cans in our tasting room! (Pictured at top of post.)

NEW Tasty Test Brews NOW on tap! Only available until supplies last.  1) Amber Ale: Rich in color, malty in body with a perfect easy hop balance. 2) Black IPA: Dark in color but not in flavor, piney richness in hops, thanks to Denali and Simcoe varietals. 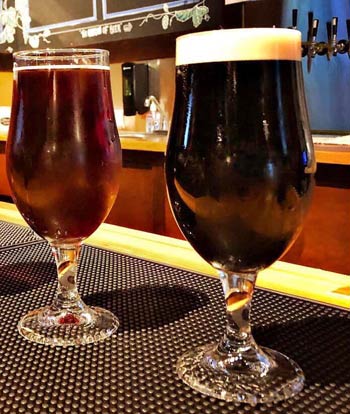 Come to Sumerian Brewing March 2nd.,12:00-5:00 P.M. for the Washington Beer Open House! Our brew staff will be brewing that day for behind the scenes viewing, plus will be available to answer any questions and explain the process. We will also offer $1 off each beer purchased during the open house, along with discounted growler fills!