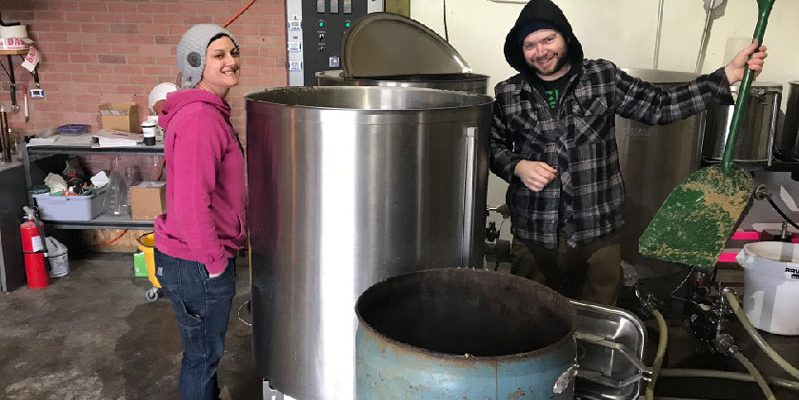 Spokane’s No-Li Brewhouse is not at all a nano brewery (a nano is defined as a brewery that produces no more than three barrels per batch, and no more than 300 barrels per year); however, the beers the brewery produces on its three-barrel system have proven wildly popular. Often referred to as a “pilot system,” the three-barrel brewery allows the company to experiment and get creative. Here’s some information from No-Li Brewhouse about the success of the program.

Fresh off the sold-out experimental batches of Born Ready Citrus IPA batch #1, batch #2 and batch #3, No-Li is in the midst of a mind-blowing Hazy IPA series with a total of only 4 to 6 kegs per batch.

“Each batch has been selling out within days,” says Ryan Brookhart, No-Li Head Brewer.

The Born Ready Citrus IPA and Hazy IPA series has been amazing and beyond expectations. Big Haze, Cascade Haze, Frosty Haze, and 2020 Hazy have all sold-out in days.

In collaboration with Badass Brewing, No-Li has partnered to imagine and brew 4 to 6 total keg small-batch brews that capture the essence of hands-on craft brewing.

Be looking for the upcoming release of Red, White & Hazy IPA mid-January and Cascade Fog Hazy IPA Jan. 30th with only 300 total cases of 6-pack CANS!