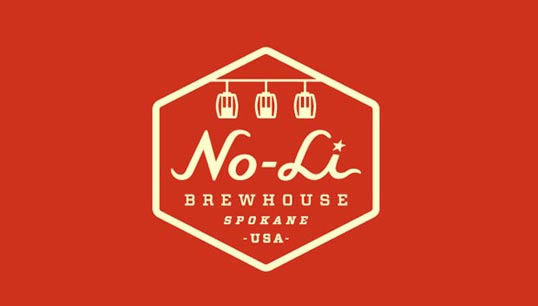 Currently, Spokane’s No-Li Brewhouse distributes beer south of the Washington border. The company recently announced that it is pulling out of Oregon. For now, anyway. That might sound like bad news, but it really isn’t. The short version, the company has seen a surge in demand for its beer in the Seattle and Spokane markets so this is more like a strategic retreat. In official terms, it’s an adjustment to the brewery’s allocation plan.

“We had to make a tough and gut-wrenching decision to adjust the allocation plan to better serve Spokane and communities closer to home,” says No-Li founder and owner John Bryant.

“We want to thank all the beer enthusiasts who enjoy and support No-Li so much that we’ve been sold out of beer. It made us pause and appreciate the communities across the Pacific Northwest that support No-Li, community and the craft beer movement.”

According to a press release, No-Li’s loyal fans are buying up the brewery’s beer as swiftly as the company is able to brew and package it, and the allocation plan is focused to fulfill a steady flow of fresh No-Li craft bottles, cans and draft, and also tries to take care of all accounts and customers in all communities that the brewery has the opportunity to serve.

The demand pushed the brewery to create an allocation plan that focuses its distribution to the state of Washington and parts of Idaho.

No-Li will pause shipments into the Oregon market by August 1. This doesn’t mean, however, that the brewery won’t return at some point.

“We want to make sure that we provide a consistent supply of hand-crafted batches and brews to every customer,” says Bryant. “In short, we are very thankful and continue to pursue the hometown vision and cause of a craft beer culture and economy. It’s hard to leave Oregon — we know there are a lot of No-Li fans down there, too — and we want to come back when we can. We spent a lot of time and energy learning and being a part of the Oregon communities.”

No-Li’s period of growth has allowed it to provide more than 60 living-wage jobs in the Spokane area, while also engaging in charitable outreach in the community, often reaching out and lending a direct supportive hand to the under-served.

Cheers to all of our sponsors…