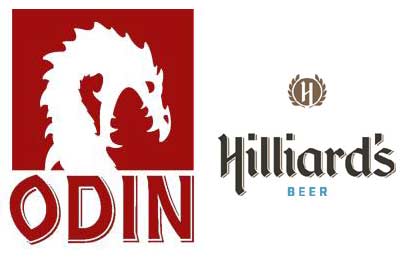 “We are excited about the opportunity of adding the Hilliard’s lineup to our expanding portfolio of products”, says Dan Lee, owner Odin Brewing Company.  “This deal will allow us to grow our capacity, improve our packaging capabilities and grow share in an ever expanding market.”

Hilliard’s Beer was founded in 2010 and opened in 2010. Shortly thereafter, the it gained notoriety as the first brewery in the Northwest, and perhaps anywhere, to package Saison in an aluminum can. After six years, Ryan Hilliard has decided to leave the brewing industry and pursue other opportunities.

“I think the deal reached with Odin Brewing was a good one” says Ryan. “It’s not often that deals like this come along, and when they do you have to be ready to move on them.  I have enjoyed my time in the craft beer sector and am thrilled my namesake beer will live on in good hands.  The arrangement with Odin also opens the door for a current craft brewery or a new start up brewery to step in to our existing Ballard facility with a separate turn-key arrangement.”

“For the time being we will not be entertaining a piecemeal sale of the assets” says Wes Peterson of Odin Brewing.  “We are looking to see if there is an interested party ready to step up and acquire the Hilliard’s facility as-is.  I suspect given the proliferation of breweries in the market that there will be a lot of interest in Ryan’s facility.”