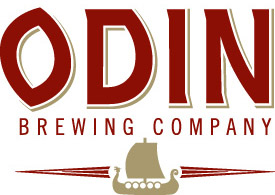 We just learned that Odin Brewing will soon be opening a tasting room in Seattle. The brewery will remain in South Park, but Asgard Tavern will be the brewery’s official satellite operation across town in the North Lake Union area.

The brewery’s location in a South Park light-industrial complex is a fine place to brew beer but is not really conducive to operating a successful taproom, as at least a couple other breweries have learned over the years–Baron Brewing, Laughing Buddha Brewing and Schooner Exact Brewing all operated nearby at some point.

According to the Facebook page, Asgard Tavern will be “a satellite Tavern from Odin Brewing. Here we intend to showcase our beer, special casks and seasonal products, as well as periodic food pairings and guest breweries. We are opening imminently, so watch this space [the Asgard Tavern Facebook page].”

The women of Ballard unite for Collaboration Brew Day
Liquor and Cannabis Board: Help for Licensees During COVID-19 Restrictions
Top 100 breweries in Washington by production volume 2019