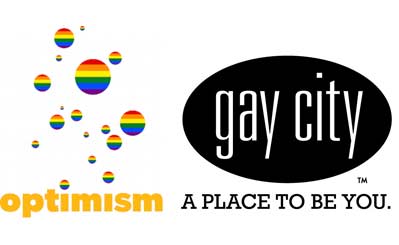 In honor of Gay Pride month (June), Optimism Brewing on Capitol Hill is releasing a new beer named Pride. The brewery will donate $1 from each pint sold to Gay City, a non-profit that supports the local LBGTQ community.

Pride is described as a light, fruity saison. Optimism Brewing will release the beer at the brewery taproom on June 11th. The donation will go to Gay City’s mission to promote holistic wellness among the many facets of Seattle’s LGBTQ community, which includes free and anonymous HIV testing, supporting queer arts and artists, and connecting people to the services they need.

Optimism was founded by a local husband and wife team, Troy Hakala and Gay Gilmore. Their stated goal was to provide a welcoming and safe place for people to enjoy their beer while having a positive influence on the community. From their gender-neutral bathrooms, kids play area and tip-free practice, Optimism challenges itself and others to rethink norms to make the world (starting on Capitol Hill) a better place. After all, that’s what Optimism is all about!

Optimism is wearing the rainbow flag and their logo with pride in support of the LGBTQ community and invites you to do the same. Tee-shirts will be available for sale starting June 15th with part of the proceeds going to Gay City.

Optimism is located at Broadway and E Union on Capitol Hill. Their hours are: