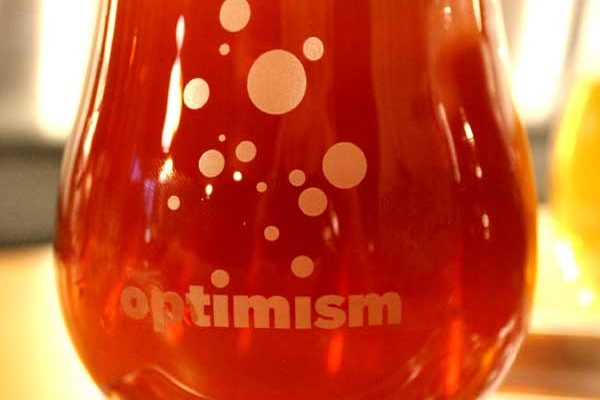 Located at the corner of Broadway and Union Street in Seattle’s bustling Capitol Hill neighborhood, Optimism Brewing plans to open next Saturday, December 5th, the anniversary of the repeal of prohibition. I was there yesterday for a sneak peek.

To begin with, local beer fans will immediately recognize that Optimism Brewing is a well-funded venture. Many breweries around Seattle open on a shoestring budget, but the owners of this one decided to go all in. It’s an optimistic approach, to be sure. As the brewery’s name suggests, optimism is the core value of this company, one that happily guides the daily lives of Troy Hakala and Gay Gilmore, the husband and wife team that own the brewery. They bought the building and have spent nearly two years building it into the brewery of their dreams. 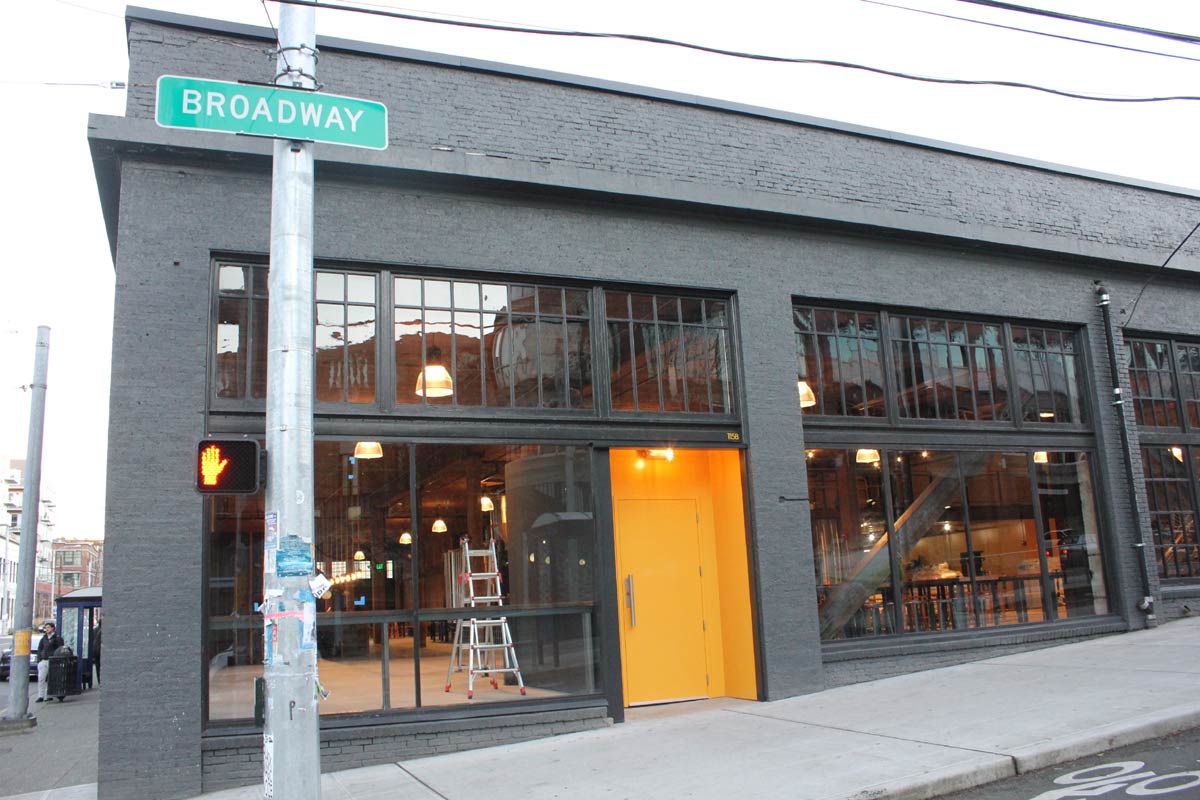 The building is a Capitol Hill treasure. It’s an old auto dealership that predates prohibition. Actually, the building was originally built and owned by one of Seattle’s beer forefathers. I think it was Edward Sweeney, of Claussen-Sweeney Brewing, which was one of the very first breweries in Seattle (opened in 1883).

Walking through the front door, your first impression is that this is a large tasting room. Very likely the largest tasting room in the city. The room is well-lit with natural light coming in through very old and very cool pane-glass windows. Although the City required that they meet current energy codes, they were able to keep the old windows by making up for lost energy in other ways. For instance, they installed a high-efficiency radiant floor heating system. 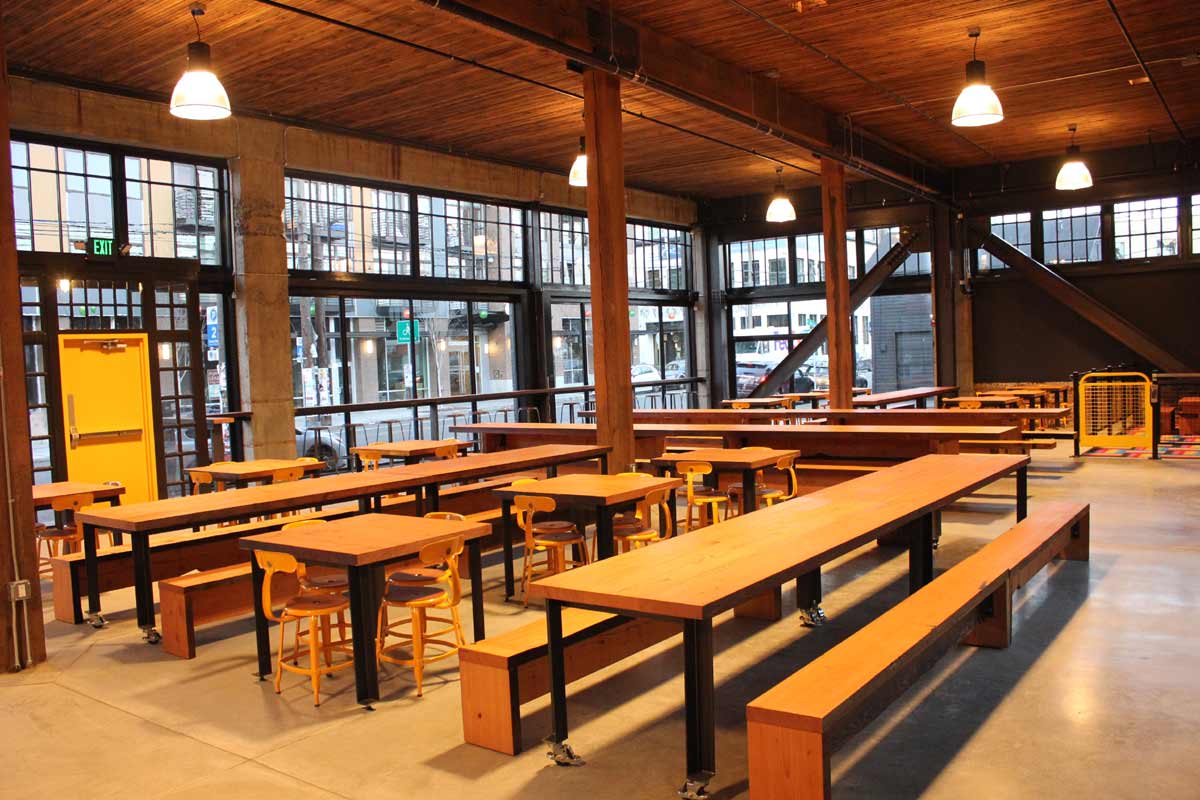 The large tables and bar are made from reclaimed lumber. That is, lumber that was reclaimed during the restoration of the building. The long tables and bar were manufactured from old timbers that previously made up the roof’s joists.

The front part of the room features pub-height tables and stools. It should serve as a great community space where patrons will share tables and mingle. Beyond that, the large and impressive brewery, which is surrounded by the tasting room. A large, stand-up bar is intended to act as a service station only (no stools): this is where you order your beers. No table service. The back half of the tasting room features tables with chairs. Again, the community spirit prevails and there are large tables that invite conversation with new-found friends. 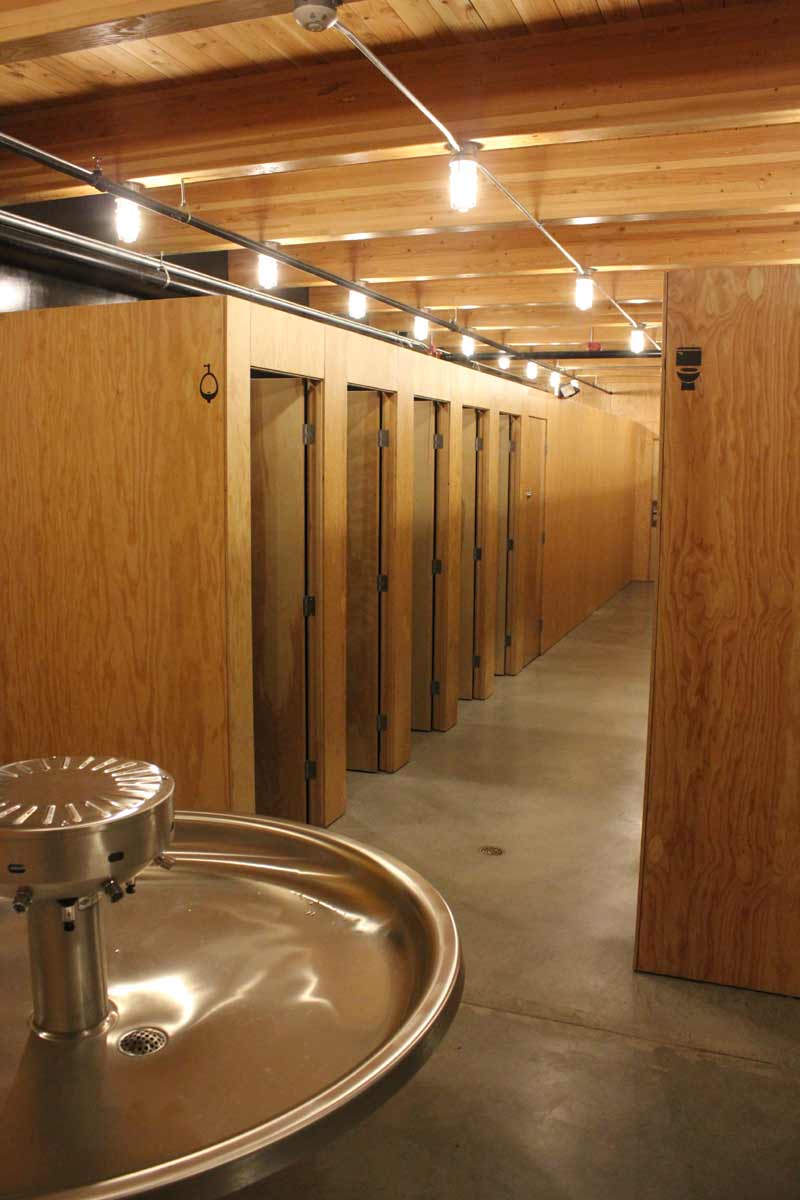 I would be remiss if I didn’t mention the restrooms. It may sound strange, but these are uncommon accommodations. The very large restroom has more than a dozen private stalls, some with toilets and the others with urinals. It’s a unisex affair with a communal, stadium-style hand washing station.

Upstairs, there will eventually be additional space for private parties and special events, though it has not really taken shape yet. Also upstairs, the lab and the sensory analysis room where beer experts will blindly taste the beers to make sure there are no flaws and that the descriptions are accurate.

Optimism Brewing intends to buck a trend. It’s a novel approach, but they’ve got their reasons.

They worry that names like Extra Special Bitter might ward off people who would otherwise like the beer. Given the nature of the neighborhood—diverse, young, and urban—they want to make sure the beers are approachable for everyone. 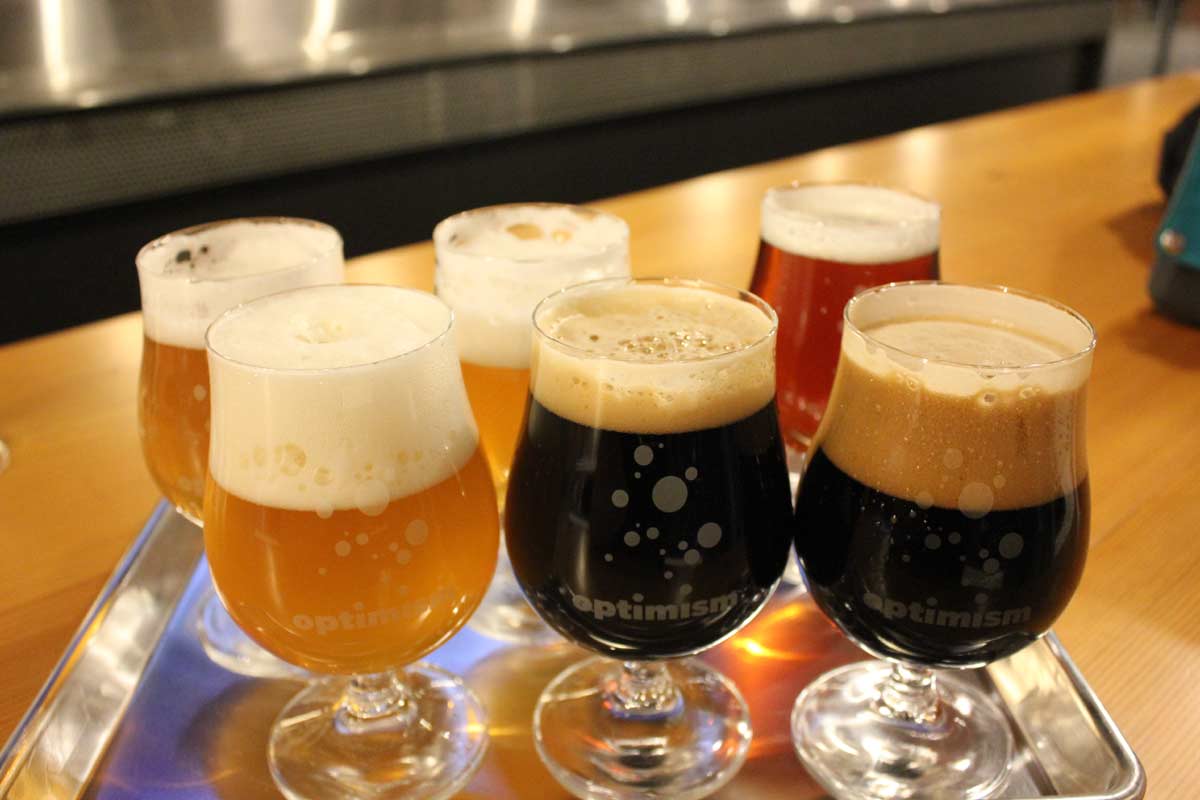 So, instead of branding their beers with established style names, they hope to be more descriptive. You will not find familiar words like Pale Ale, IPA, and Stout on the menu. Instead, they’ll offer descriptions designed to give you a better idea of what to expect. Discerning beer geeks will certainly recognize that the beers fit into style categories, but Optimism Brewing plans to avoid labeling the beer as such.

For instance, a beer named Before the Dawn might very much resemble an Imperial Stout, but it is not described that way. Instead, it is described as 7.7 percent ABV, “espresso, dried figs, and dark chocolate.” 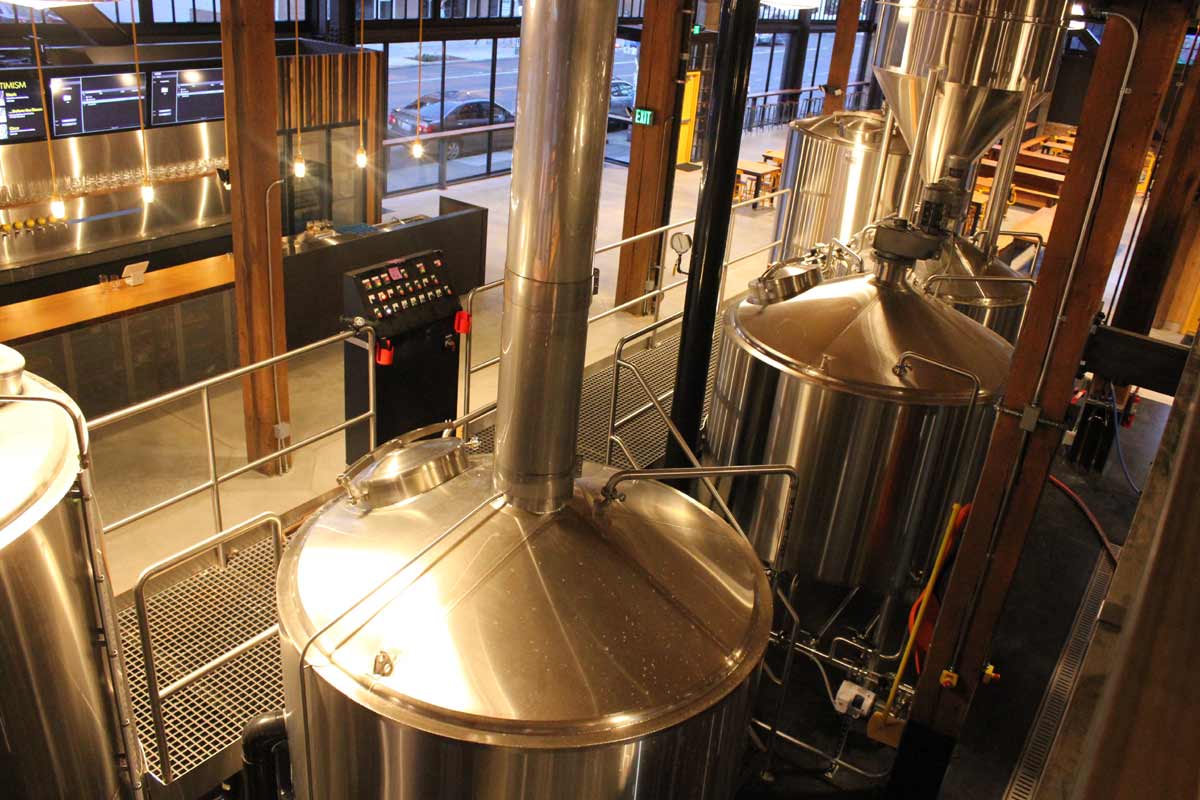 To begin with, the beers will only be available at the brewery. They’ve made no plans to distribute the beer. While they certainly have enough tank space for immediate distribution, Gay and Troy’s plan, inspired by their tech world background, is to get feedback directly from their own consumers and perfect the beers before they distribute them.

The beers will be served in real pints–no cheater pints, as can be commonly found on Capitol Hill. This is a NO CASH bar. Cards only. Also, no tipping. That will be built into the price of the beer.

They will not have a kitchen at Optimism Brewing. Instead, they converted part of the building into a small courtyard small parking lot behind the brewery and the plan is to bring in food trucks. Also, they’ll offer menu books so you can order food from the neighborhood’s many nearby restaurants, and from delivery services like Postmates and Amazon Now.

There’s a lot more to this story, but you’re probably more interested in the pictures. See the gallery below.