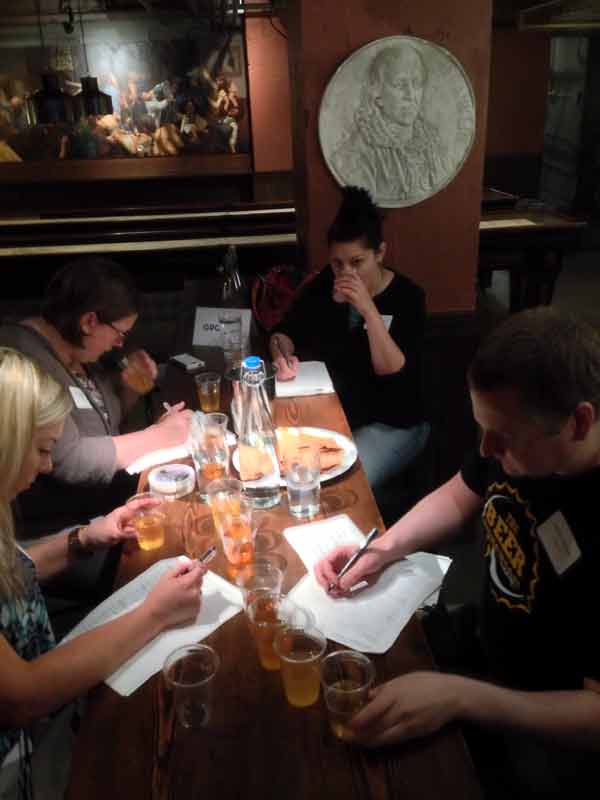 This Saturday, June 25, The Woods tasting room in Seattle will host the 2016 Pacific Northwest Cider Awards and Festival. The event features ciders from nearly 30 producers (draft cider list below). Local cider enthusiasts look forward to this annual event, which offers an opportunity to taste ciders from producers seldom seen around Seattle alongside ciders from some of the best local producers.

The Woods tasting room opens on Saturday, June 25 at 12:00 and the event runs until until 7:00. Tickets are now available online through Brown Paper Tickets for $20. At the door, tickets are $25. Each ticket includes a tasting glass and eight tasting tokens. Additional tokens available for purchase. Food will be available from Bread & Circuses, including gluten-free options.

The festival operates in conjunction with the Pacific Northwest Cider Awards (PNWCA). On Friday, before the festival, a panel of cider judges will assemble to taste 170 different ciders from 44 Northwest cider producers. Medals will be awarded in various categories. It is a double-blind tasting format, overseen by Stoel Rives, a Portland-based law firm.

Judges aside, festivalgoers will determine the winner of the most important award of the weekend: the Peoples Choice Award. Everyone attending the festival will receive a ballot and can vote for their favorite cider. Winner will be announced on Monday following the event.