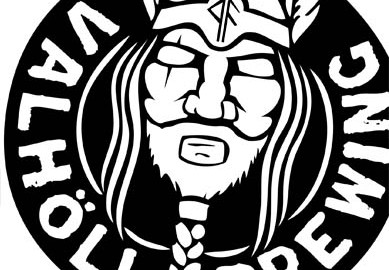 For the third year in a row the Kitsap and Olympic peninsula is celebrating its vibrant and growing brewing scene with a series of events at local restaurants, tasting rooms, and pubs. HopStock 2012 is currently underway and runs all week. Below is a letter we received from Keli Kitchel-Cooper of the Rockfish Group about Hopstock 2012.

The region that makes up the greater Kitsap and Olympic Peninsulas has many attributes from the Olympic Mountains to the pristine waters of Hood Canal the location is one of exquisite beauty allowing access to a vast number of recreational activities. Although, some may dispute that pub crawling or beer tasting should be categorized as recreational activities, those in question may change their minds after experiencing the, “liquid gold,” found in and around these parts.

In an effort to help showcase the precious liquid commodity, promote local businesses and our areas craft beer visionaries a grass roots movement began and area restaurants, tasting rooms, taverns, and businesses collaborated to create, “HopStock.”  This weeklong event focuses on local brewers and is the areas answer to Seattle’s International Beer Week.

HopStock is currently in its 3rd year and proud to have expanded throughout both the Kitsap and Olympic Peninsulas. With the support of local business and area patrons our craft brewers have proudly been able to hone their skills and have made their mark as producers of some of the worlds best crisp ales and smooth stouts.

At the recent prestigious, World Beer Cup held in San Diego California this past May, Sound Brewery and Silver City Brewery were among the elite few to have been chosen as winners. These local brewers were chosen out of the 800 breweries, 54 countries and 45 US states who submitted close to 4,000 entries.

Kick off HopStock with a full week of great beer and support local business and craft brewers with your first stop at Fingers Duke located in the Kitsap Mall to grab your, “official HopStock t-shirt.” Make reservations to celebrate Fathers Day at MorMor Bistro and treat dad and yourself to their Father’s Day Brewer’s Dinner, featuring a great menu paired with craft beers from Slippery Pig Brewery and Valholl Brewing.

Head to Front Street and up to Tizley’s Euro Pub, have them pour you one of the many local beers they feature and get all the details on the Pub Craw which kicks off the first day of summer, June 20th. Don’t forget to grab your passport, which will act as your guide to discovering the areas, “liquid gold,” and the perfectly paired events and exclusive deals the local visionaries have carefully planned to help you explore the areas craft beer revolution.