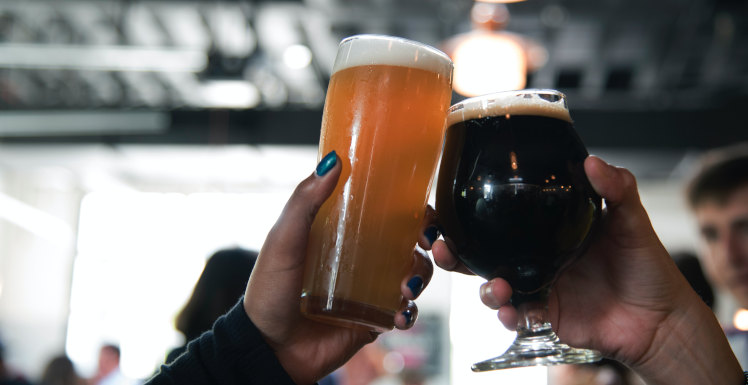 A local beer writer is currently working on some stories about diversity in the beer business. Holly Regan, who has contributed to this blog in the past, is conducting a survey, asking people who work in the brewing industry to participate. If you work for a brewery, you can complete the survey here.

Brewery owners and brewery workers should not only take the survey but also share it with their employees and coworkers. Again, this survey is intended for people working at/for breweries.

“As a freelance beer writer who is also a queer person, I’m working on some stories about diversity in the industry, including one about LGBTQ+ representation,” says Holly. “These are the types of stories I want to tell anyway, but with the increased focus on diversity issues in light of the pandemic and protest movement, now seemed like a particularly appropriate time.”

The Brewers Association conducted a diversity survey a couple years ago, but upon examining the results, Holly noticed some shortcomings. For instance, that survey did not address gender identity and sexual orientation. The hope is that this survey will help to better define the people working in the industry. In addition to their role in an upcoming story, Holly will feature the results as part of a presentation at the Craft Beer Professionals Fall Virtual Conference. More info about that below.

Holly continues, “I realized that the Brewer’s Association survey from a couple years ago didn’t collect information about sexual orientation or gender identity, which motivated me to design my own survey to capture this information, as well as to gauge representation and gather information about experiences of inclusivity from people of all backgrounds.”

“I want to get as broad a picture as possible, and am collecting data from anyone who works in the beer industry, anywhere in the country; I will analyze Washington specifically and how it compares to national statistics, but I’m gathering info from across the country, so I would love Washington folks to share with those in their networks from other states, as well.”

“In addition to a forthcoming article (outlet is TBD), I am presenting the results at the Craft Beer Professionals Fall Virtual Conference. Anyone who is in the industry can join the Facebook group and register, and the event will be publicly streamable on YouTube. My panel is October 7th at 10:00 A.M. Pacific Standard Time.”

Again, as the questions will reveal, this survey is intended for those working in the brewing industry.