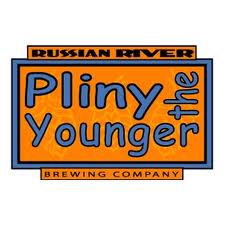 For the uninformed, Pliny the Younger is a much-ballyhooed beer from California. By the way, pronounced “PLINE-ee.” It is an Imperial IPA and many people believe it to be one the single greatest beers on the planet and are willing to go to great length to prove their devotion. No doubt it is a very good beer, but before we all march onto a bus bound for Jonestown here are a few thoughts (from me and from North Seattle Sarah) about Pliny the Younger.

On Valentine’s Day Kim and I went to dinner at Circa Neighborhood Grill and Alehouse, which is not far from our home. It is a very popular place and seeing a few people lined up outside the door prior to the 5:00 opening is not unusual because they don’t take reservations. This year on Valentine’s Day the line was a bit longer than normal, partly because it was a special “date night” and partly because Circa very quietly announced earlier in the day via social media that Pliny the Younger was going on tap. Still, only 12 or 15 people in line when the doors opened at 5:00.

It was no big deal. It was just another busy night at Circa. Sure, the place was crowded–completely packed by 5:20–but it would have been packed even without the presence of Pliny. (They were serving Younger and Elder side-by-side, if you wanted.) Honestly, half of the people in line at 4:55 had no idea what all this Plinytalk was about.

A small keg, approximately 5 gallons, of Pliny the Younger lasted about a day and a half at Circa. It was surprisingly… I don’t know… It was surprisingly normal. The whole thing was rather unplinylike. You did not need to buy tickets in advance. There was no secret handshake required. There was no drag race to see how fast the keg could empty. It was not a circus. Without the madness, Pliny the Younger tasted like a normal beer. A very good beer, but not the immortality-granting liquid ambrosia described in fables and myths. It is just really, really good beer.

Don’t get on my case and call me a Plinyhater. I adore just about everything that Russian River Brewing creates. (That’s who brews Pliny, FYI.) It’s the hysteria that drives me crazy, not the beer. Hate me for saying it, but the irrational adoration of Pliny the Anything is a bit amateurish. Cue the lightning. I’m prepared to suffer your slings and arrows for speaking ill of The Great One. Just remember that I did proclaim it to be a very, very good beer.

This year it kind of seems like Pliny the Younger is everywhere. I have seen lots of it on tap around town. Maybe people are just making more noise about it. Also new this year, less histrionics and hullabaloo. “We have it, come get it. And please be civil.” More than one bar owner has told me that they want to keep it as quiet as reasonably possible to avoid the madness. That seems to be the new attitude.

What do you think? Has the Pliny madness run its course? I think it is great beer, but I also think many people are getting a bit tired of the hoopla.

Here’s what North Seattle Sarah discovered on the Pliny beat this year.

Chasing Pliny – Without the Chase

All month long, I’ve heard “Pliny” this and “Pliny” that. For those that weren’t watching Twitter and Facebook waiting for their chance to race to the nearest bar pouring, it was a case of “Do you have your ticket yet?” And the madness isn’t over yet. There are still locations that have yet to put Pliny the Younger on tap. And since the only thing I’ll wait in line for is a chance to shake Adam Levine’s hand while he has no shirt on, I hadn’t ever tasted Pliny before this go-round.

So how did this girl, who won’t wait in a line and detests crowds, get her hands on some coveted Pliny the Younger? It was no difficult task. I just went to Bottleworks in Wallingford and ordered it. You see, Bottleworks decided to do things a little differently this year. They put Younger on tap on February 21st without announcing it. Then, they asked patrons to please not spread the word that it was available –they wanted to make it “special” for the regular visitors that came in. By the evening of February 22nd when I stopped made it by, Younger was still available. So available, in fact, I had a second glass. I asked them to let me know when it was finally gone, and learned that the last glass was poured on Friday the 24th at 12pm.

The plan was simple and laid out for everyone that came in. You can tell your personal friends via phone or text. You can take photos. But you’re asked not to post the photos or announce where you are on social media. No Twitter, no Facebook. Those were the rules, and amazingly everyone followed them. As you can imagine, this was a difficult task for a blogger and Twitter addict like me, but I managed to wait it out.

This year at Naked City in Greenwood, Pliny the Younger was drained in just under 30 minutes. At the Publican in Tangletown, less than 15. Ticket sales at several establishments sold out days before the pouring but guaranteed holders a glass. But at Bottleworks, Younger lasted a little over three days. The moral of the story? Even as the latest trends come through town and cause a sensation, it’s good to remember those you know.