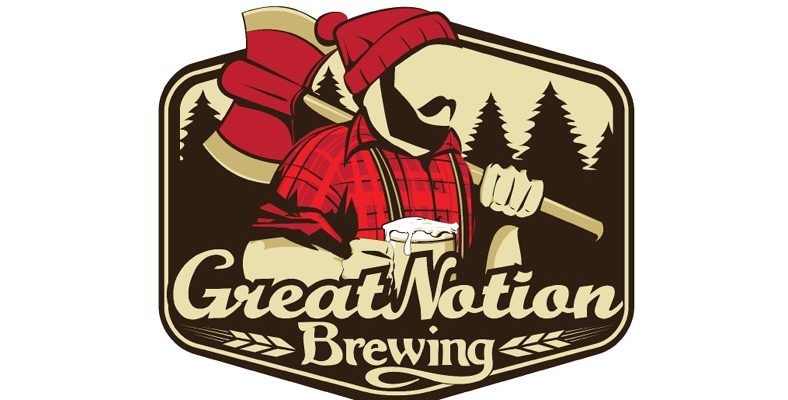 Portland, Oregon’s Great Notion Brewing just announced that it will open a taproom in Seattle. In fact, the new taproom is slated to open in Ballard, the most beer-thirsty part of town and one of the most brewery-dense neighborhoods on earth. The new taproom will be on 14th Avenue NW, practically right across the street from Reuben’s Brews, just a stone’s throw from Stoup Brewing and Obec Brewing. Map it.

According to Great Notion Brewing, they hope to open the new taproom sometime before next summer arrives. Expect to hear about a grand opening this upcoming spring.

“We are jazzed to announce that we will be opening up a taproom in Seattle,” says Paul Reiter, Great Notion Co-Founder. “We can’t wait to join the Seattle market and all the amazing breweries already innovating like crazy! We frequently meet Seattle customers that drive 3+ hours every weekend to our can releases, so hopefully that is a good sign that more Northwesterners are curious about trying our hazy IPAs or beer that tastes like Baklava, peanut butter cups, or Tirimisu for example.”

For Seattleites unfamiliar with Great Notion, it is a brewery largely known for its hazy IPAs, but it is gaining traction in the world of barrel-aged and sour beers, too. Their motto is “Keep Beer Fun.” The brewery freely uses the word quirky when describing itself. Culinary-inspired beers includeMochi, which is reminiscent of Japanese mochi ice cream; Jammy Pants, which tastes like a tart berry jam; and Fruit Monster, which tastes of tropical fruit smoothies.

Great Notion has won some impressive awards, including a World Beer Cup gold medal in the Specialty Beer category for its Double Stack, an Imperial Breakfast Stout fermented with “an irresponsible amount of maple syrup” and fermented on whole bean Sumatra coffee. In 2018, Paste magazine did a blind tasting of over 300 IPAs and ranked Great Notion’s RIPE at the very top – as in, number one.

So yeah, Great Notion Brewing has some street cred and a little bit of swagger in its stagger.

According to a press release from the company, “Great Notion strives to avoid any regular distribution and instead sell the majority of its beer direct to beer drinkers. Seattle fans will be happy to know that the brewery plans on doing Saturday morning Ballard Can Release Drops in the same fashion and process as done at the NW 28th Ave location in Portland where hundreds of people will queue up to purchase cases of beer direct from the brewery. GNB plans on also selling direct to customers in more unique ways in the future as well.”

Great Notion Brewing (GNB) is a brewery started by three friends and neighbors in Portland, OR that offers hazy, fruit-forward IPAs and “culinary-inspired” sours & stouts. GNB has won numerous Gold and Silver medals, including accolades at World Beer Cup, GABF, Best of Craft Beer Awards, and Oregon Beer Awards, as well as the 2018 #1 IPA in America from Paste Magazine. GNB has 2 taprooms in the Northwest currently with 2 more opening in 2020: @greatnotionalberta and @greatnotionnw in Portland, @greatnotionbeaverton in Beaverton (opening Q1 2020) and @greatnotionballard in Seattle (opening mid-2020). Please visit greatnotion.com or @greatnotion for more information on the brewery.

That sexy can could win you a trip to the Craft Brewers Conference in San Antonio
Celebrate Mardi Gras with Geaux Brewing starting tomorrow (Sat. Feb. 22)
Chuckanut Brewery introduces half-liter bottles across the PNW