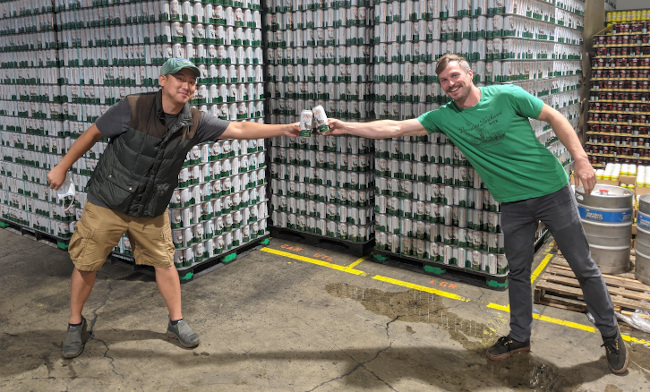 When shopping for beer, how much of a concern is the price? When looking for something special, like a barrel-aged stout or a mixed-culture wild ale, price is not usually what drives a shopper’s decision, but what about daily drinkers? Does the price of one six-pack versus another enter the equation?

What about independence? Does that matter? If a brewery is owned by a small, local company are you more likely to buy the beer regardless of price? Regardless of quality? Are concepts like price, independence, and quality mutually exclusive? I think we all have our own equation for how those three attributes fit into our beer-buying decision.

Premium Northwest Beer Co. aims to fit into that equation. Back in 2015 Warren Hellman and Toshi Kojima, the company’s founders, saw an empty space on the shelves at local beer retailers. There were plenty of spendy craft beers on one end of the shelf and there were plenty of budget-friendly macro lagers on the other. Between the two, there was no cost-conscious, locally brewed beer option. A modern-day version of Rainier beer or Olympia beer did not exist. 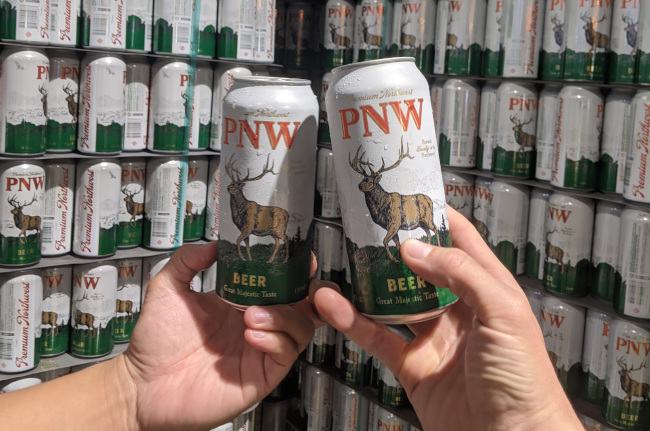 Hellman and Kojima created Premium Northwest Beer Co. to give beer drinkers an affordable, locally brewed beer option. “It sounded simple. We’d seen the sizes of those original breweries (Rainier and Olympia) and after consulting our collective wallets we knew that we just didn’t have the capital to open a gigantic lager facility.”

“We started inquiring locally to see if there was a brewery that we could partner with to create a six-pack of (insert your favorite pet name) pounders, tallboys, tall cans,” says Hellman. “We wanted a crisp, uncomplicated lager for all seasons and occasions. There were some local breweries interested, but when we mentioned that we wanted to sell a six-pack for less than $8 we were laughed out of the room.”

One of the reasons the mega-sized breweries can offer cheaper beer options is because they brew beer on such a massive scale. Premium Northwest Beer Co. eventually found a facility that could produce the beer for its target price, but it was not in the Northwest. Not ideal, but they moved forward and introduced Premium Northwest in 2016.

The company currently distributes its beer in Washington, Oregon, Idaho, and Alaska. Hellman and Kojima never stopped dreaming about producing Premium Northwest as a truly local, Northwest-brewed beer. Now, that part of the plan is coming to fruition. 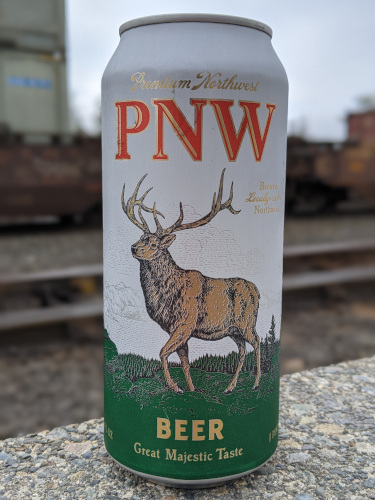 “Starting this October, we are overjoyed to start brewing in the Seattle area in collaboration with our friends at Odin Brewing,” says Hellman. “Founded in 2009, Odin has been a fixture of the area. Their familiarity with lagers is respectable and they proudly took home a silver medal at last year’s Great American Beer Festival for their own house lager.”

“So here we are. We are honored to be the only independently owned, locally craft-brewed 16oz beer at the friendliest of prices. We planted our flag 4 years ago and it’s still flapping in whatever mixture of sun, wind, drizzle and occasional snow the area throws at it. If you see one on the shelves, give it a try. It’s a beer for any scenario. However things unfold, we hope to be a lasting part of the northwest’s storied tapestry.”