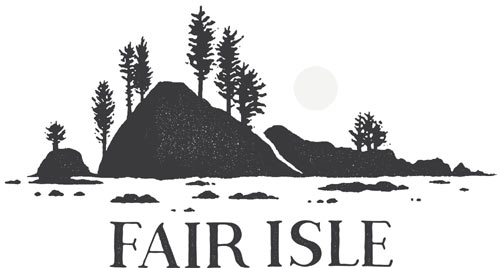 Not long ago, we shared news that Fair Isle Brewing of Seattle was looking to expand and was offering a way for you to get involved via a crowdfunding campaign. You can read that story here, and I encourage you to do so. Now we have more news to share about the company’s progress. This comes to us via the Fair Isle Brewing blog.

Fair Isle Brewing Wants You to Get Involved With Your Beer

Story by Holly Regan* with photos by Andrew Pogue

This story originally appeared on the Fair Isle Brewing blog.

It’s a chilly, foggy November afternoon, and I’m wandering the “brewery district” in Seattle’s Ballard neighborhood, peering into windows in a row of nondescript industrial buildings. I pause in front of an open door, and a voice calls out to me from deep in the bowels of a hollowed-out gray-brick structure. Andrew Pogue and Geoffrey Barker, co-creators of Fair Isle Brewing, stride toward me with welcoming smiles.

I follow them into the building, which is the future home of Fair Isle’s first brick-and-mortar brewery and tasting room. The space has been excavated, remnants of board and concrete and sawdust strewn about the corners; it is in the process of being transformed from an auto-body and machine shop into a beautiful facility that, come summer 2019, will house production, bottling and enjoyment of Fair Isle’s beer. 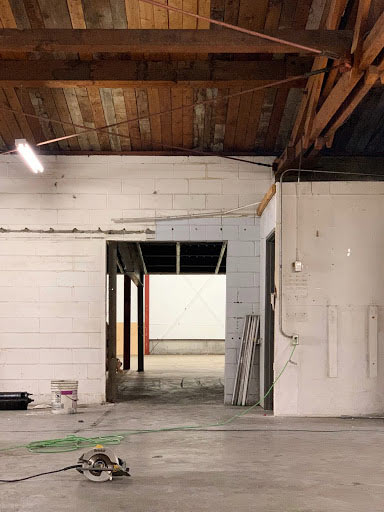 A table is set up in the corner of the room, amidst piles of boards and plastic sheeting, with three delicate, branded goblets and two bottles of Pogue’s and Barker’s homebrew recipes, as unique as the pair’s vision. While the setting is rough, the bones are there — and their excitement for the new venture is tangible.

While the neighborhood isn’t lacking for breweries, Pogue and Barker see Fair Isle as filling a unique and underserved niche: “a piece of the big craft-beer puzzle we felt was missing in Seattle,” says Pogue.

Fair Isle produces Farmhouse beer — which is not an official style, according to the Brewer’s Association guidelines. Rather, it’s a catch-all term that describes the way beer was produced in the pre-commercial-brewing era. It involves leaving unfermented beer exposed to the surrounding environment and infusing it with the space and time in which it is created, rather than controlling the process in a sterile production facility. 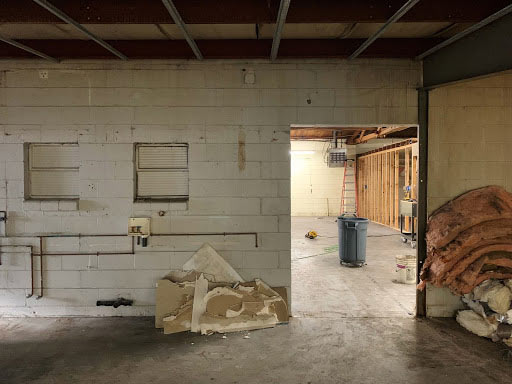 Pogue and Barker resist classifying their concoctions by style as much as possible, instead describing them by their flavors and qualities: coffee, citrus, hops, spice; earthiness, acidity, sourness, funk. These beers require longer aging than a typical Stout or IPA. They are created by choosing the right ingredients from seasonal, local sources; envisioning what they will evolve into over time; and knowing how long to let them marinate, melding into a taste entirely of the moment.

“Farmhouse beer is a very fast-growing segment in the national market, and it is currently very underrepresented … in terms of production here in Washington state. While there are other local companies adding great versions of this style to their portfolio, the national response to Farmhouse beer reflects that there is still a large and pent-up demand in the local market. We’re looking to meet that demand,” Barker says. “This is the kind of beer we love, and we think other people will love [it], too.”

This is where the business model meets the brewing model: by getting personal. The Fair Isle team is taking its raw materials, from hops and grains to the physical space and the community itself; infusing them at just the right moment; and creating experiences unique to the time and place.

As we chat and sip our beer, we walk from room to room in the approximately 7,500-square-foot space they’ve chosen, which will house everything from brewing through tasting and food pairing — providing the equivalent of a “farm-to-table” beer experience. It will join three old buildings from Ballard’s industrial era together; the grease and dust cleaned off the walls, the junk cleared away.

“It was important for us to find a building that wasn’t new … and that means you have to have a vision,” says Pogue. 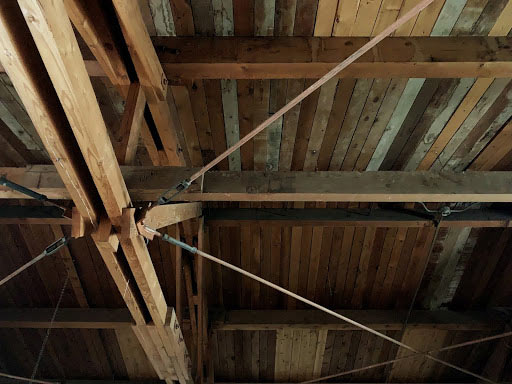 Indeed, their approach to building the brewery correlates to the way they brew their beer. They start with a blank canvas; a vision that, in the early days, perhaps only they can see. Look around the torn-apart building, or taste the beer a few weeks too early, and it’s not the most palatable experience. But Pogue and Barker know that with the right amount of time, and the right combination of local ingredients, it will turn into something unique and beautiful.

We are standing in the future production space, and there is a designated area for bottling, kegging and packaging beer in the back. Pogue and Barker point out chalk marks on the floor of the room we’ve wandered into, where several large-volume tanks will soon reside. 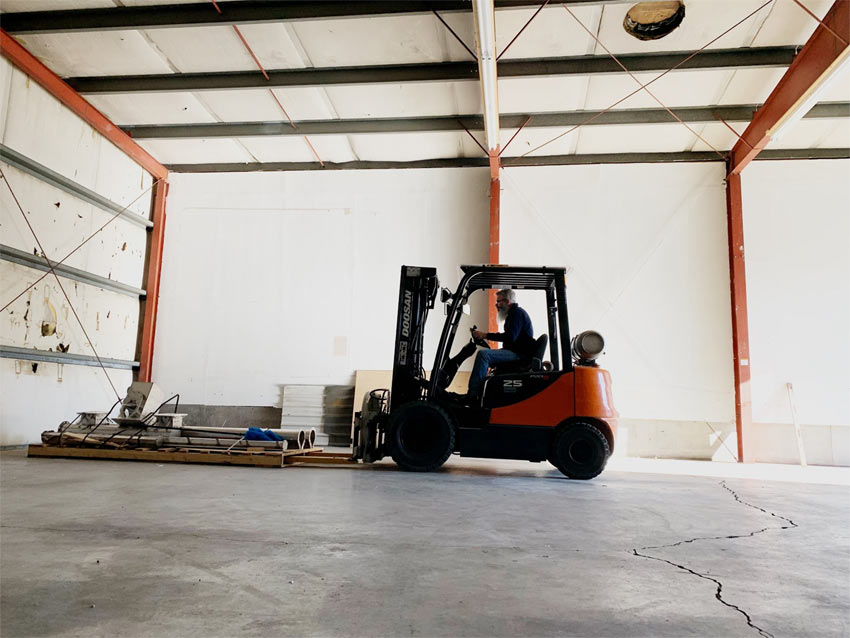 On the street-side of the building will be the tasting room. They envision this as a welcoming space, with a large bar, plenty of tables and an accordion glass wall opening onto an indoor/outdoor beer garden — providing shelter during the frosty winter months, and a sunny patio space in the summer.

But one of the most innovative transformations will be the kitchen and dining area, which takes the concept of brewery food trucks and kicks it up a notch. Instead of an in-house restaurant, it will host a rotating cast of pop-up restaurants helmed by local chefs.

“Other breweries are also doing this sort of thing, but generally at the restaurant location,” says Pogue. “We just wanted to kind of flip that focus and make it first about the beer, and then about the food — or [at least to] put it on even footing.”

Fair Isle will still participate in tap takeovers and on-site pairings, and will sell bottled beer in local retail establishments. Describing the typical Seattle brewery as focusing more on distribution than on developing their tasting room experience, Pogue and Barker say that Fair Isle intends to flip that concept on its head.

“Our beers take longer to produce, and so much gets taken off the top with the distribution model that it’s very difficult for us to make any money on the kind of volume we can [produce],” Barker explains. “So we’re investing in the tasting room to create [a place] people want to come to, not only for the beer, but because it’s a cool environment.”

“We’re trying to use our space to tell the whole story of these beers,” Pogue affirms. “Most consumers, and rightly so, don’t know what a puncheon or a coolship is. So by having a tasting room where you’re drinking your beer, and 20 feet away, there’s the coolship, and there’s the puncheon — then you’re able to complete the story.”

Pogue and Barker want their staff to be able to tell this story in a meaningful way, and plan to educate them on creating these experiences for patrons. Fair Isle aims to be more than just a place to enjoy a pint with your friends. They envision it as a destination where beer lovers can enjoy a new style, learn about the process that brought it to their glass, and experience the mutual transformation that takes place when pairing it with locally sourced food.

The future opening of Fair Isle Brewing was made possible by a hugely successful crowdfunding campaign. In just shy of two months, Pogue and Barker blew past their minimum fundraising target of $200,000, providing much of the capital needed to make their dream a reality. The campaign is run through NextSeed: the first funding portal certified with the U.S. Securities and Exchange Commission (SEC). It ends Nov. 30, but Fair Isle recommends that anyone wishing to participate sign up by Nov. 27 to ensure timely processing.

While other crowdfunding portals are transaction-based, NextSeed employs a revenue-sharing model, in which supporters become investors in the business for as little as $100. Once the brewery is up and running, monthly revenue-sharing dividends will be paid out, along with special bonus rewards for certain investment levels.

Barker and Pogue are visibly in awe of the outpouring of financial support, reflecting on how far they’ve come since meeting four years ago at the North Seattle Home Brew Club (where many Ballard brewery owners got their start). Their vision for the next phase has already found an enthusiastic audience, and this is only the beginning.

Whether you want to become an investor, or you just want to try a new beer style, Fair Isle will offer something unique for everyone. Pogue and Barker have their canvases ready; stay tuned to see what kind of artwork they create.

*We are happy to share this story from Holly Regan, a freelance writer and editor and a Seattle native. She specializes in food and beverage writing, both professionally and on her personal blog (www.praiseseitan.com). She has over a decade of experience, and has been published on The New York Times Opinionator and The Huffington Post.