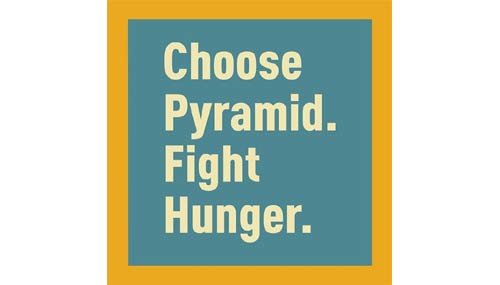 The program will see the company donate a portion of the proceeds from the sale of each keg and case to local food-focused non-profits organizations. The company will donate $5 for each half-barrel keg, $2 for each sixth-barrel keg, and 50 cents for each case. Also, donations will be made based on some beer sales at the company’s Alehouse in Seattle.

Here are more details about the initiative.

Partnering with Food Lifeline and Oregon Food Bank, Pyramid Commits to Making a Long-Term Impact in the PNW

SEATTLE (March 7, 2019) – Pyramid Brewing Co. today announced the Brews That Do campaign, an initiative created to fight hunger in the Pacific Northwest in partnership with Columbia Distributing, Food Lifeline of Western Washingtonand Oregon Food Bank. Brews That Do will raise donations from all beers sold or poured for the remainder of the year.

Donations will be generated based on purchases of Pyramid Brewing as follows: $5 for each half barrel keg, $2 for each one-sixth barrel keg and 50 cents for each case.

Partner Columbia Distributing has again signed on for another community-focused collaboration with Pyramid Brewing. “It’s always an easy decision to partner with Pyramid on initiatives that give back to the communities where our collective employees live and work,” said Chris Steffanci, CEO of Columbia Distributing. “Putting a stop to hunger is very important for all of us. We’re thrilled to be included.”

“We are proud to be giving back to the community and finding avenues to fight hunger,” said Bruce Kehe,  Marketing DirectorPyramid Brewing Co. “There is potential to generate more than $150,000 in donations for those in need. We are grateful to food  bank organizations such as  Food Lifeline and Oregon Food Bank for providing us with the opportunity to make an impact in our community.”

Contributions from our Alehouse location in Seattle, Washington will be based off of “Brewer’s Handle” beer, where $.50 of each pint is donated, $1 from every to-go 6-pack, and $.75 from all Crowlers sold.

“We are grateful to Pyramid Brewing for supporting hunger-relief in Oregon and Washington,” said Angela Querfeld, director of development, Oregon Food Bank. “Northwest food and beverage companies are uniquely positioned to make a difference in ending hunger in our communities – we’re excited to partner with Pyramid for Brews that Do!”

The Brews That Do Campaign was established as Pyramid Brewing recognized the need to aid the community. Pyramid and its employees have a continued dedication to volunteering time and resources to Food Lifeline of Western Washington. It is with great pride that the company announces this collaboration.

“We couldn’t be happier to partner with Pyramid Brewing this year in our continued efforts to end hunger in Western Washington,” said Linda Nageotte, president and CEO, Food Lifeline. “The fact that Food Lifeline and Pyramid are both homegrown makes it even more special.”

Lateral A IPA, an experimental, collaboration beer with a great backstory
Reopening the Ballard Brewery District
Metier Brewing invites supporters to help it weather the storm