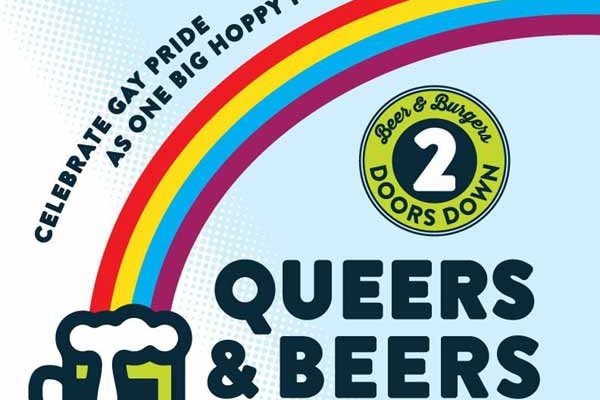 Next Sunday, June 26th, the city celebrates Pride with the annual Pride Parade through downtown Seattle and Pridefest at Seattle Center. But leading up to those big events, this week there will be smaller Pride-related events around town. Also, other beer-related, pride supporting stuff happening around town all weekend.

For instance, we recently told you about Optimism Brewing and how they’re celebrating Pride this year, releasing a beer called Pride Saison, which helps earn money for Gay City (read it).

At Two Doors Down, Seattle’s only gay-owned beer and burger bar, they’ll kick off Pride on Thursday, June 23rd with their Queers and Beers party, when they’ll tap into 23 beers and ciders from gay-friendly producers around Seattle. See the event page on Facebook. 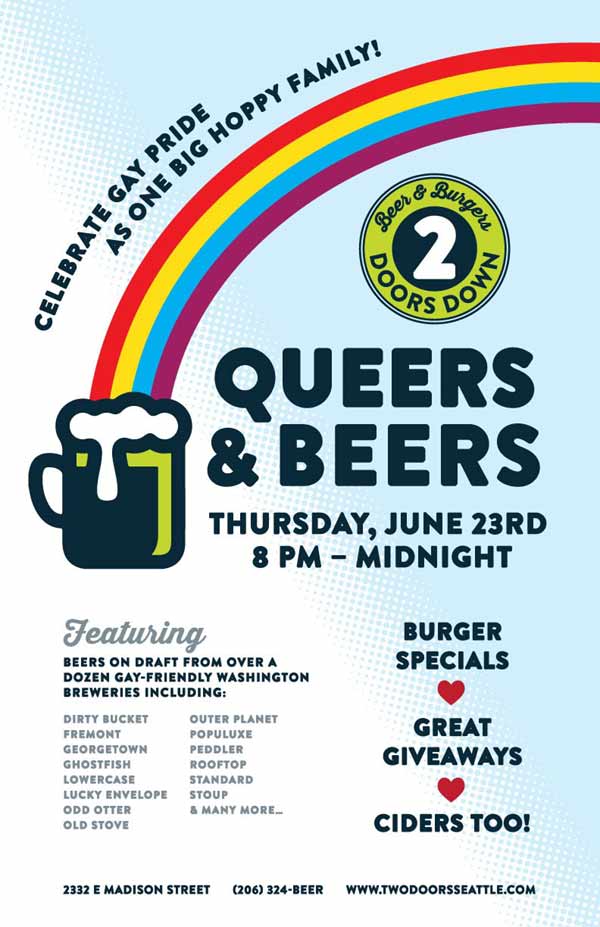 Beyond great beer, Two Doors Down will serve up burger specials and give away swag. Throughout the night they’ll be dancing along to Priscilla Queen of the Desert on the big screens. All ages welcome. They also have ciders for you less-beery people.

On Wednesday, June 22nd Fremont Brewing is celebrating the release of Pride Kolsch at the Urban Beer Garden. Proceeds from the beer benefit the Greater Seattle Business Association (GSBA) Scholarship Fund and The Rainbow Center. The GSBA is a Seattle-based lesbian, gay, bisexual, transgender, and allied chamber of commerce.

Flatstick Pub (Kirkland and Pioneer Square) will be serving Fremont Brewing Pride Kolsch this weekend. (We told you about that beer’s mission.) For each pint of Pride Kolsch sold, Flatstick will give you a free game of mini-golf. Also, they’ll donate a dollar for each pint sold to Lambert House — a center for Gay, Lesbian, Bisexual, Transgender and Questioning youth that empowers youth through the development of leadership, social and life skills (lamberthouse.org). 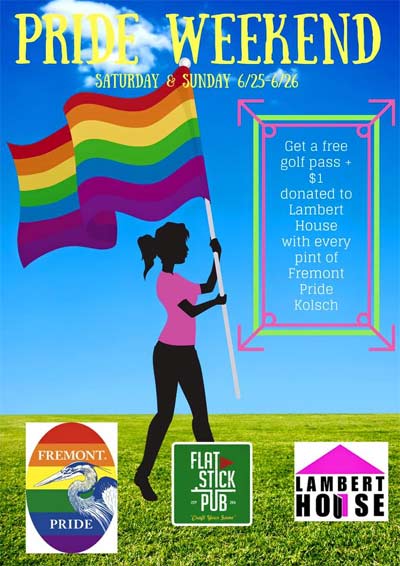 On Sunday, Stoup Brewing will donate a percentage of total sales to The Pride Foundation. They will be waving their Pride flag proudly. We hear tell of an event at Stoup also and will add that info as soon as we get it. In the meantime, follow them on Facebook.

During the shutdown, The Republic Bottleshop opens up in Marysville
Drive-thru brewers market, latest innovation in our new world
Taprooms Reopening Survey - results are in