Editor’s note: This is the first in a new regular feature in the Washington Beer Blog. We will share recipes from local beer-focused restaurants and brewpubs that you can make at home. Watch for these feature stories about once a month. 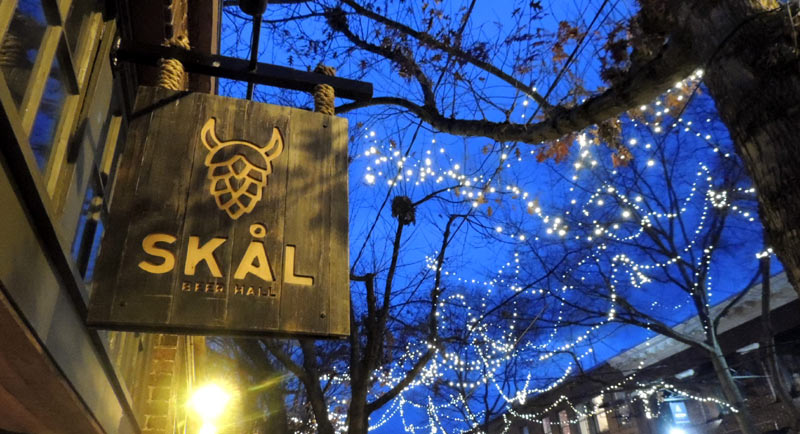 Seattle’s Skal Beer Hall is developing a reputation beyond beer as a restaurant with surprisingly elevated and creative food. Executive Chef Jonathan Bidgood says of their concept, “It’s our vision of what Viking culture would be if it had continued to evolve for the last thousand years.” That concept extends to the decor, beer and other drinks including a substantial mead and aquavit list, and also to the menu.

The menu at Skal is peppered with seasonal treats, like fresh charcuterie made especially for them by Scandinavian Specialties. Available on their “Board of the Gods,” selections might include cured meats, sausage, pate and more. As we speak, Bidgood tells us they are curing a Fenalar – a traditional Norwegian preparation for lamb leg that’s cured in a method similar to prosciutto – that will be available in late November into early December.

If you’re planning a special event dinner, check out the Viking Feast Menu at Skal. With 72 hours advance notice, the chef will prepare a whole rotisserie feast especially for your group, anything from a rabbit (for two to three diners), to a suckling pig feast (that serves up to 25 guests). 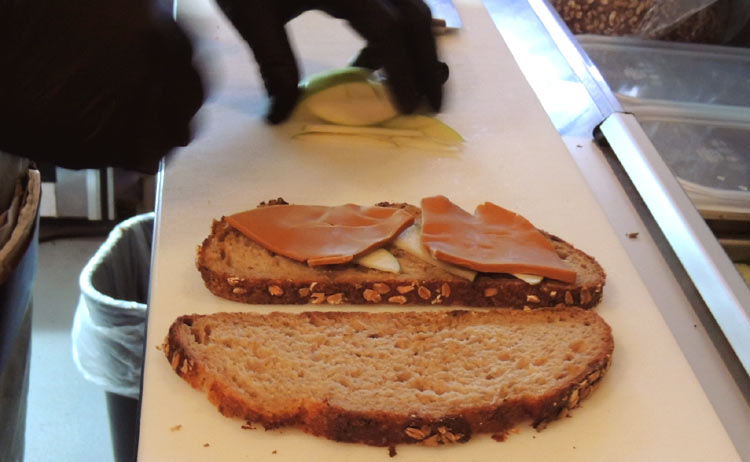 Skal will also have regular favorites that stay on the menu year-round. One of their best sellers is their Gjetost Grilled Cheese sandwich, a traditional Norwegian favorite. Compared to typical American-cheese-on-white-bread sandwiches, the Gjetost cheese is elevated, nutty, complex. Served with lingonberry jam, it can seem more like a decadent dessert than lunch. Bidgood recommends pairing it with a porter or stout, like Fremont Brewing’s Dark Star Imperial Stout.

Gjetost cheese may not be available at regular cheese departments, but you can find it at Scandinavian grocery stores such as Ballard’s Scandinavian Specialties. After tasting Gjetost in this sandwich, I’m hoping to experiment with using it in other ways – as a cream cheese replacement on a bagel, or maybe even in a cream cheese-based cake frosting. 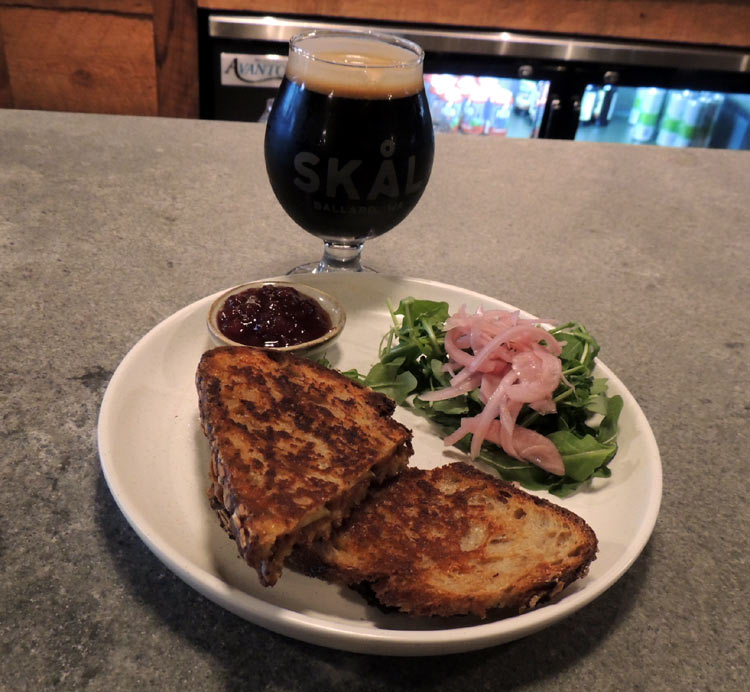 Thanks to Chef Bidgood and Skal Beer Hall for sharing their recipe with us.

Gjetost is a popular caramelized cheese from Scandinavia that is found in almost every household. Traditionally paired with thin warm waffles, this sandwich doubles up on the flavor with even more melty cheese on grilled sourdough. Tangy Granny Smith apples and sweet lingonberry jam compliment this decadent treat that goes perfectly with your favorite pint!

Drink, Eat, and Be Merry!