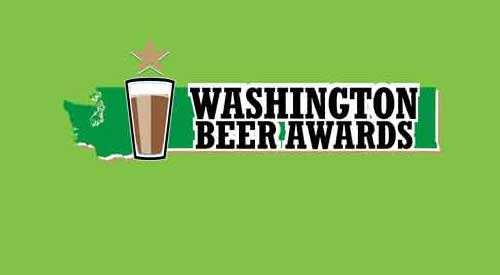 There are a lot of beer competitions across America these days but the Washington Beer Awards might be the one that matters most to Washington beer drinkers. Bringing home a medal from one of the big national events like the Great American Beer Festival is impressive. Actually, these days it’s impressive if a brewery can even get its beer in the competition. Understandably, in a nation that has over 7,000 breweries, there is a limit as to how many breweries can enter such competitions.

When you look at the list of winners of the big, national beer judging competitions, you see a string of brewery names from across the nation. Many of these winning breweries do not, and probably never will distribute beer to Washington. That said, there is increasing value in a beer judging competition that includes only beers brewed by Washington’s 400-plus breweries. I place a lot of value in the Washington Beer Awards because I can actually get beer from the winning breweries without flying to Florida, Maine, or Michigan.

You can find a list of winners from previous years at www.wabeerawards.com. Also, breweries can find information about entering beers in this year’s competition using the same link.

Here is the announcement from the competition organizers.

Specialty Competitions LLC is proud to announce the return of the Washington Beer Awards®, the craft beer competition designed specifically to support Washington’s professional brewers.  This is the seventh year for the Washington-only competition that provides an opportunity for all of Washington’s craft brewers to compete in a blind judging format and fosters recognition of brewing excellence in Washington.

Only Washington breweries with beers produced and sold in Washington can enter the competition.  The event is endorsed by the Washington Beer Commission as a way to help promote our excellent Washington brews and raise awareness of our rich brewing culture.

In 2018, 181 breweries submitted 1,297 beers to the competition spanning 131 styles from the Brewers Association Beer Style Guidelines.  Judging was conducted by dozens of trained judges who assessed the technical and stylistic accuracy of the entries.  More than 200 awards were presented recognizing brewing excellence in the state.

The 2019 competition is expected to grow with additional entries and award categories.  The competition will also recognize “Breweries of the Year” who receive multiple awards in various categories and also feature special awards for a “Best Washington Agricultural Product Inspired Beer” and a “Best Washington Malt Beer.”  This competition also includes a “Pro-Am” category recognizing collaborations of homebrewers and professional brewers who have scaled up homebrewer recipes for production on a commercial scale.  The competition will also have a “Collaboration Beer” category to celebrate the camaraderie of the industry.

Breweries can register entries from March 1st through March 31st.  The 2019 judging will be conducted in early June with the winners being announced at the Washington Brewers Festival in mid-June.  Details on the competition (including rules and registration information) as well as lists of the previous winners can be found at www.wabeerawards.com.

Going silent and closing this Friday in solidarity with Black Lives Matter
When Fair Isle Brewing faced a COVID-related taproom closure, it went national
How a beer goes from a whim to a winner at Reuben's Brews