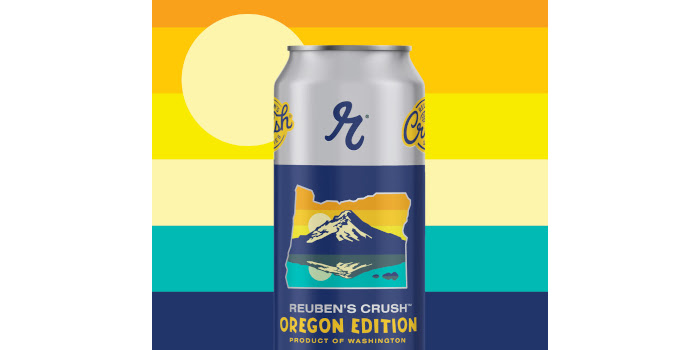 Tuesday, July 14, Reuben’s Brews released Oregon Crush, a beer brewed with the bounty of Oregon. The latest beer in the brewery’s Crush series is a hazy IPA, as you’d expect from the Crush series. This one makes use of grains and hops grown in Oregon exclusively.

For the hop bill, Oregon Crush makes use of Strata from Indie Hops and Citra from Crosby Hop Farm. For the grain bill, it uses malted barley from Country Malt, Mecca Grade, and Camas Country Mill.

Oregon Crush will be available across our distribution area in Oregon and Southwest Washington beginning this week. It is available on tap at the Reuben’s Brews taproom in Ballard. A small amount is available via the To-Go Store.