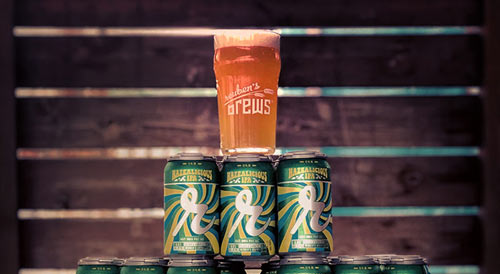 In the ever-expanding universe of breweries that now bless the country, our region, and the city of Seattle, it is hard to stand apart from the crowd. Not only must you capture an audience, but you need to keep them entertained. One of the best ways to do this is to produce a lot of different beers and continually introduce new and interesting beers; keep the audience on their toes, eager to try your next new thing.

If nothing else, Reuben’s Brews is prolific. When you visit the taproom, you are routinely presented with an almost overwhelming selection of beers; there is always something new and interesting to try. So far this year, the Seattle brewery has produced dozens upon dozens of different beers in the pursuit of excellence. Many of these are one-off, single-batch experimental beers. The latest one of these creations is a new IPA that has earned a place in the brewery’s year-round lineup.

“We have brewed more than 120 beers this year, and a good number of these have been hazy IPAs,” says Adam Robbings, Co-Founder and Brewmaster at Reuben’s Brews. “We have dialed in our process over the past two years, tested multiple hop blends and malt bills, and have become known for our hazy IPAs.”

Reuben’s Brews now introduces their latest addition to the year-round lineup: Hazealicious IPA, a 6 percent ABV beer that will be available all year long in 6-packs and on draft. Look for it around the Pacific Northwest wherever find Reuben’s Brews beer. 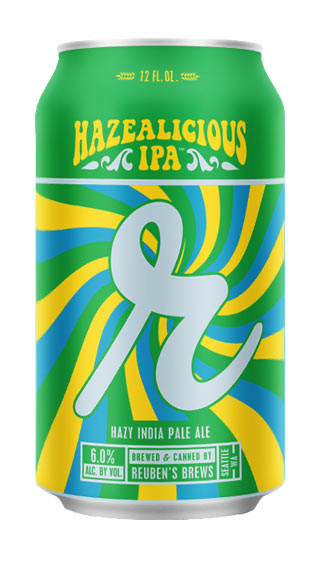 The brewery describes it this way: Hazealicious IPA is juicy, with a soft bitterness, and is a perfectly balanced hazy IPA. Tropical aromas, particularly kiwi and passion fruit, come from a bold blend of Citra, Strata, and Mosaic hops.

“Hazealicious is an evolution of all that we’ve learned from brewing this style, which includes some process and recipe twists that we believe are unique to us, paired with some of our favorite hops. We are excited to make this beer more widely available for people to try, all year long,” said Robbings.