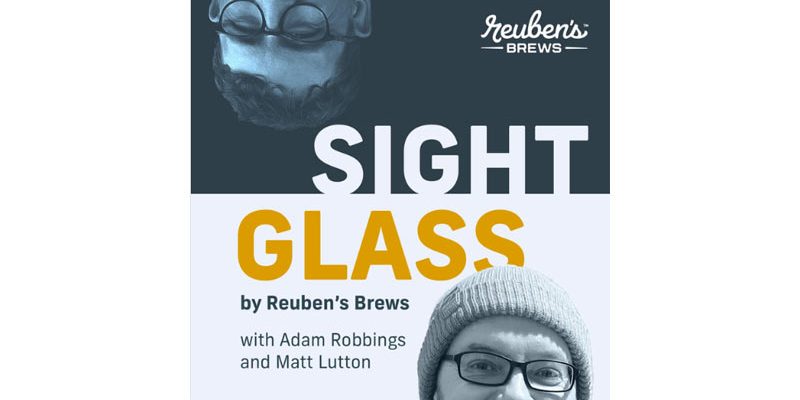 Over the past few years, Reuben’s Brews has become one of the more popular breweries in Seattle. Truthfully, the love affair is more regional than that. The brewery’s reputation is well-deserved and well-earned. People are interested in what Reuben’s is brewing and maybe they’re interested in what they’re saying, too.

Reuben’s Brews recently introduced Sightglass, a podcast hosted by Adam Robbings, the brewery’s co-founder/owner, and Matt Lutton, the brewery’s marketing manager. To date, they’ve released three episodes. One about lagers, one about hops, and the third about coffee. Moving forward, expect more episodes about beer topics, but who knows what direction they’ll go. One thing is for sure, they’ll focus on stuff that interests beer enthusiasts.

Listen to, and learn how to subscribe to, Sightglass here.

Sightglass is an insight into the people who live their craft – those who are on the cutting edge. Led by Adam Robbings, Co-Founder and Brewmaster, and Matt Lutton, Marketing Manager, of Reuben’s Brews in Seattle, WA, we go on a journey to understand what makes someone’s craft better than just good. Because good isn’t good enough. We will speak to people from within the world of beer and outside – unbound by industry, actively seeking insight from people we respect across a wide variety of backgrounds. All craft can learn from all craft. We aim to understand the key elements of art in excellence – what drives people, what excites them, as well as understanding and appreciating their struggles on their journeys. We will provide a sightglass into this world.

Chuckanut Brewery introduces half-liter bottles across the PNW
Zeeks Pizza brews up, and delivers, some impressive collaboration beers
Want to help brew a beer at Reuben's Brews? Here's your chance