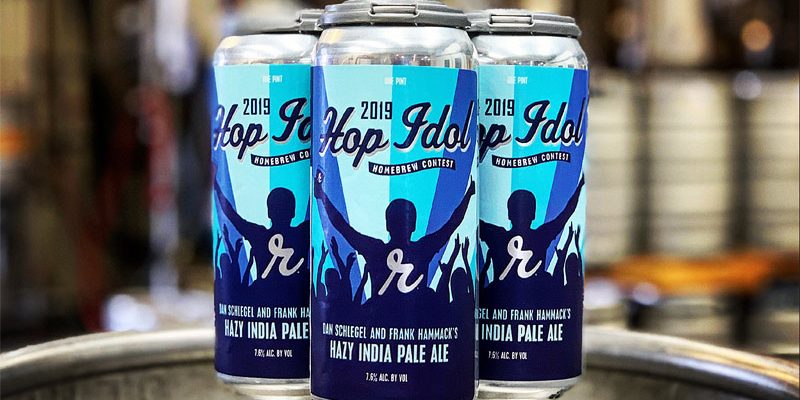 It’s the Reuben’s Brews version of a hop-forward, pro-am brewing competition. They invited homebrewers to submit their hoppiest creations for Hop Idol consideration. A panel of judges evaluated the beers and picked a favorite, which they brewed on the big system at Reuben’s Brews. This Saturday, August 24th Reuben’s Brews releases the 2019 version of Hop Idol. The hazy IPA was created by Dan Schlegel and Frank Hammack. The beer will be available on draft at both of the brewery’s taprooms and also in 4-packs of 16-ounce cans.

OUR HOP IDOL 2019 WINNING BEER is being released this Saturday at both tasting rooms, in 4-packs and on draft.

Dan Schlegel and Frank Hammack’s hazy IPA took first place over more than 100 entries in Hop Idol 2019, our annual homebrew contest held each winter. This beer is very tropical and features Sabro hops, the first time we’ve brewed with them at Reuben’s Brews. The Mecca Grade pilsner malt – from a local Oregon maltster – also adds a nice bready depth to the malt profile.

There will also be a release event in Portland on September 4th, at Dan and Frank’s local pub, ABV Public House in Hillsboro. If you’re in the area, come say hi and congratulate Dan and Frank on their impressive winning beer.