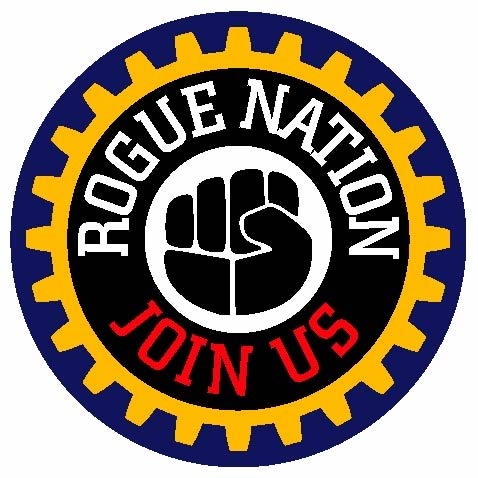 Jack Joyce, the co-founder of Rogue Ales, passed away yesterday at the age of 71. The entire Rogue Nation, including myself, mourns his loss and extends sympathies to his family.

Every brewery has a name, the better ones also have personality, but the best breweries have an attitude. For most breweries, there is a story behind the name. Beyond the obvious, I don’t know if there is a story behind the name Rogue Ales so much as there is a personality and an attitude. Because of Jack Joyce, Rogue Ales has both of those things in spades. I tell this story because it speaks to the spirit of the man, the brewery, and the Rogue Nation he captained.

I met Jack many years ago when I stopped by Newport, Oregon on a long roadtrip. I introduced myself to the bartender at the Rogue Ales brewery. This event predated the Washington Beer Blog by about ten years, so I handed the bartender a Beer Church business card. He looked at it and said, “Oh, you’re the Beer Church guy. Everyone is gonna want to meet you.”

Shortly thereafter, I found myself sharing a table, and more than a couple beers, with a number of brewery employees and random locals, including Jack Joyce. I’ve never been sure if they used “the Beer Church guy is in town” as an excuse to have a party or if they already planned to assemble after work that day. I like to think it was the former and not the later.

First impression? I remember thinking Jack was a no BS kind of guy. A straight talker. He said something to me that sunk in. It was a long time ago, and I don’t remember verbatim, but Jack said something about Rogue’s attitude and how people liked Rogue’s beer because they wanted to be like Rogue: uncommon and quirky. I remember thinking that he seemed kind of cocky and self-sure. The kind of fella that would have his name painted on the door of his pickup truck. In other words, I really liked Jack Joyce. A lot.

That evening was the only time I met Jack Joyce. He made an indelible impression. At the very least, he convinced me to become an ordained minister.