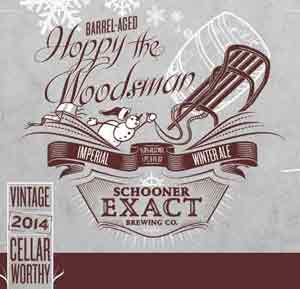 Last May we attended a Schooner Exact Beer dinner during Seattle Beer Week. It was nothing short of amazing. At that event, dishes were served up family style, but not this time around: guests will be served individually at this event. No doubt, the food will be just as outstanding no matter how it is served. The dinner consists of five courses paired with five beers, including Hoppy Holidays and Hoppy the Woodsman, Schooner Exact’s two winter seasonal beers. Also, dessert will be paired with Raspberry Sour Wheat.

Here are the details and the menu:

Great American Beer Festival announces plans, or lack thereof, for 2020
Ziggy For All earns $8,000 for local non-profits, so far
Hellbent Brewing celebrates Steven's birthday with a beer and a party