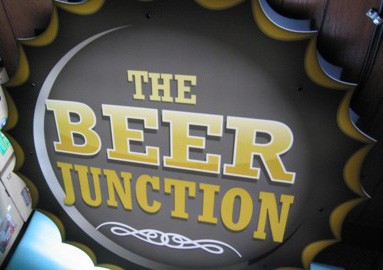 Everyone has an opinion about which Seattle Beer Week events are most worthy. Most people focus on the events and not the places. I suppose that makes sense. After all, the places will still be there when Seattle Beer Week 2011 concludes. Still, it’s nice to look at things from a different angle. Doesn’t make it any easier to decide which event to attend, but it lends perspective.

Since I am pretty much obligated to go out to beer events for the next 10 days straight, there are certain places I am especially looking forward to visiting. That said, I present a different kind of list: a list featuring the places I am most looking forward to visiting in the coming days, including the Seattle Beer Week events taking place at each.

If nothing else, this list serves one purpose: it gives us some insight into what it must be like to be a pub or bottleshop owner faced with Seattle Beer Week. It’s a fun time for us, but a busy time for them. I have also included the itinerary for one of our local breweries so you can get a glimpse into their world as they brace themselves for Seattle Beer Week.

Thursday, May 19th: There are 24 taps in the Naked City. 12 taps will be dedicated to Naked City beers and the remaining taps dedicated to beers from Washington breweries. The kitchen will be rolling out a special menu for this one night only! This is Stop #4 on the SBW Kick-off tour and look forward to a crowd of happy beer-drinkers to roll in around 9:00p.m.!

Friday, May 20th 4:00 p.m.: A charity event they’re calling “Canned Heat!”  celebrating Canned Beer & Local Businesses. One dollar off any featured canned beer for every non-perishable food item donated – up to $10. All food donations will go to the Greenwood Branch Volunteers of America Food Bank.

Tuesday, May 24th 6:00p.m.: Discover what’s brewing on the other side of the Puget Pond. Naked City is hosting the West Sound Brewers Night. Silver City, Port Townsend, Hood Canal, and some newcomers DerBlokken, Sound, Slippery Pig, Valholl, Slip Point & more! Try some new beer and get some cool schwag!

Wednesday, May 25th 6:00 p.m.: “Across the Gorge!” There’s nothing like a friendly little rivalry with our neighbors to the south, so it’s Washington vs. Oregon! Everybody’s Brewing and Walking Man vs. Double Mountain and Full Sail comes out. The remaining taps will feature Oregon breweries the likes of Lompoc, Hopworks and Laurelwood, just to name a few.

Friday, May 27th: It’s time to Drink Naked! All of your favorite Naked City staff members broke out into teams of two and tried their hands at brewing with Don. Six different styles; you choose the best.

Thursday, May 19th from 6:00-8:00 p.m.: Tasting with Schooner Exact Brewing. Mike and Bobby will be there with 3 Grid IPA, King Street Brown, Gateway Golden Ale, and as a special treat, their bourbon aged Hoppy The Woodsman! There’s also a rumor that you might get to try one of their other rare releases! Pint Glass Promo: Purchase two Schooner Exact mini-growlers for a free pint glass. $4 tasting fee..

Sunday May 22nd from 1:00-3:00 p.m.: “Cider Afternoon” with Burc McFarlane. Spire Cider fans rejoice! It’s not just about beer this week! Burc “Life of The Party” McFarlane will be here as we sample 3 great ciders from Spire Cider from Olympia! We’ll be trying their Apple, Pear, and Dark & Dry. Might there be some other surprise ciders? Come and find out! $3 Tasting Fee.

Monday May 23rd from 6:00-8:00 p.m.: “Palate Rehab Clinic” with Merchant Du Vin. The Beer Junction is usually closed on Mondays, but they want to keep the Seattle Beer Week momentum rolling, so they will be open this monday from 4-8p.m. Jhon Gilroy of Merchant Du Vin brings your taste buds back to earth. Sample a hand-chosen selection of beers from the five classic brewing nations of England, Belgium, Germany, Scotland and the Czech Republic with the aim of recalibrating your palate with benchmark beers from multi-generational family and monastery-owned craft breweries. Learn the history and provenance of these world class styles and breweries while you ease your taste buds back to the places where this all began. $4 Tasting Fee.

Tuesday May 24th from 3-5 p.m.: “Exploration of Hops” with Sierra Nevada. Learn all about hops, in this afternoon event! Terrence Sullivan, brewer for Sierra Nevada, and Sara Williamson will be here as we explore three hoppy beers (Sierra Nevada’s Southern Hemisphere IPA, Torpedo IPA, and Pale Ale). We’ll go through the hops used in each as well as how different hops affect taste and aroma. We’ll also have several varieties of hops here for you to touch and smell. Rumor has it they may also break into some of Sierra Nevada’s other recent limited releases (perhaps something they did with some monk’s?) Pint Glass Promo: Purchase 66 ounces or greater of Sierra Nevada beers for a free pint glass! $4 tasting fee.

Wednesday May 25th from 6-8 p.m.: “Beer & Cheese” with Epic Ales. Owner and brewer Cody Morris from Seattle’s own Epic Ales returns! We’ll be sampling 4 different beers each paired with a different cheese! If this sounds delicious it’s because IT IS! This event will also be benefiting the West Seattle Veterans in honor of the upcoming Memorial Day holiday. Half of all the $4 tasting fees will be donated to the West Seattle Veterans.

Thursday May 26th from 6:00-8:00 p.m.: “Fish, Reel Ales, and Leavenworth Biers.” Sample beers from Fish Tale, Leavenworth, and Reel Ales. Returning to the Beer Junction for a 2nd time this week will be Burc “Life of the Party” McFarlane (they decided just one event with Burc wouldn’t be enough!) Included in the tasting lineup will be Reel Ales new Swordfish Cascadian Dark Ale. Pint Glass Promo: Purchase 66 ounces or greater of Fish, Leavenworth,  or Reel Ales for a free pint glass! $4 tasting fee.

Friday May 27th from 5:00-7:00 p.m.: “Pike Brewing with owner Charles Finkel.” Pike Brewery’s owner, Charles Finkel,returns to help you sample four beers from Pike including their new seasonal Dry Wit White Ale! If you haven’t heard Charles speak about beer, it’s a real treat- and if you have you know you’ll want to come hear more of his stories! $4 tasting fee.

Beveridge Place Pub (blog sponsor)
My local “local.” The place I’m talking about when I say, “the pub.”

Monday, May 23, all day: This is Washington, Damn it! Twenty-four Washington Beers from twenty-four different breweries! And the nice price of $3 per pint.

Wednesday, May 25, 8:00 p.m.: All Beer Quiz Night. All of the questions for this quiz night will be related to beer!

Friday, May 27, all day: Bodacious Beverages. Lots of unusual beers from around the world!

Brave Horse Tavern
For no reason except that it is new, it is cool, and I really, really like the Brave Horse.

Saturday, May 21st, 11:00 a.m. (brunch): Kegs and Eggs with American Brewing. Buttermilk Biscuits n’ Gravy with a House made Oatmeal and Stout Sausage, paired with their Oatmeal Stout.

Saturday, May 28th, 11:00 a.m. (brunch): Keggs and Eggs with Ninkasi Brewing. The menu is still coming together for this one.