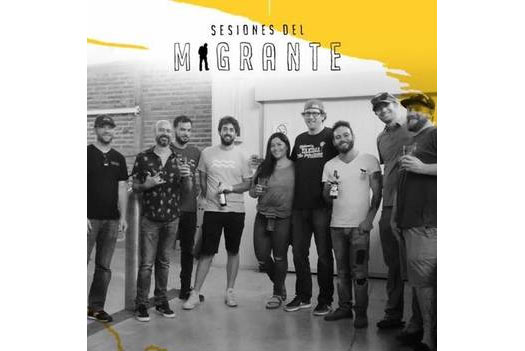 If you love beer, you owe a debt of gratitude to the thousands of migrant workers who travel to the Yakima Valley each year to harvest hops. The region supplies approximately 25 percent of the world’s hop crop each year (75 percent of the USA’s hop crop) and a majority of the harvesting work is performed by migrant workers, generally from Mexico. In most cases, these are skilled, trained workers who return to Yakima from Mexico year after year, and in many cases generation after generation, to help put hops in your beer, often performing jobs that probably would not attract non-migrant workers. It’s hard work, seasonal work, with long hours every day of the week until the year’s crop is in.

Perhaps no other brewery is more keenly aware of the important role migrant workers play in the hop industry than Bale Breaker Brewing. Kevin Smith and Meghann Quinn, two of the owners at Bale Breaker, are the children of a multi-generational hop farming family. They both grew up on the farm and remain immersed in the hop industry.

“In May 2017, two of our brewer-owners, Kevin Quinn and Kevin Smith, traveled to Mexico to brew in Guadalajara and Colima,” says the Bale Breaker Brewing Website. “At Cerveza Loba, the brewers concocted Loba Nómada, a NE IPA featuring hand-peeled mangoes, a homegrown ingredient. In Colima, they brewed Vale Bale, an IPA with local coconuts. According to Cervecería de Colima, Vale Bale is ‘a beer inspired by all those people who leave their place of origin, with the firm aspiration to find a better quality of life.’”

Terminal Gravity Brewing returns to Western Washington
Calling all breweries! Sip magazine wants your Best of the NW submissions
A brewery taproom opens and another closes in Cle Elum