How could beer touring in Seattle’s Ballard neighborhood get any better? Well, adding even more breweries is a good start. On the heels of the opening of Fair Isle Brewing’s brand new brewery and taproom (read that story), today we announce that Urban Family Brewing is poised to open in Ballard.

Urban Family Brewing is slated to open its new brewery taproom in Ballard this Friday, February 21st at the corner of NW 52nd Street and 11th Avenue NW.  They’ve been brewing at the new location on the new-to-them brewing system for a couple months. Keep an eye on the company’s Facebook page and Twitter page to stay up to date. Otherwise, we’ll update this post if anything changes. The plan thus far is to be open from 12:00 – 10:00 daily. 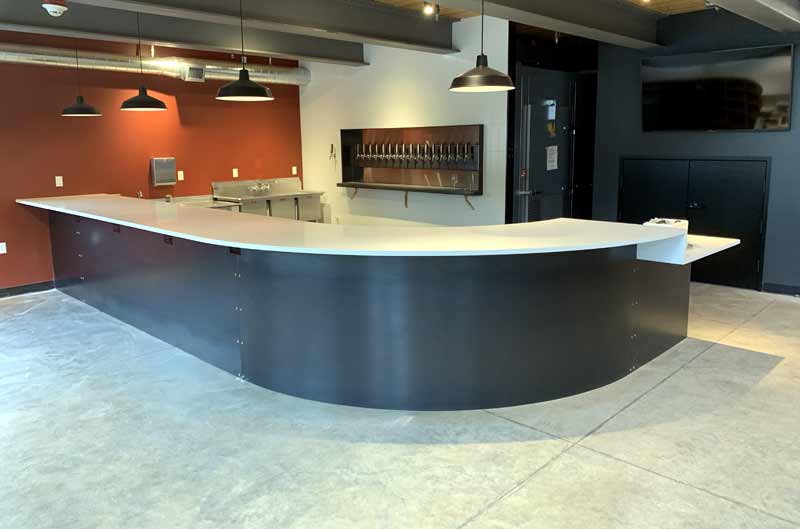 As the pictures show, there’s still some work to be done, but its all superficial: clearing out construction equipment, arranging the furniture, tapping the kegs, and so on. Andy Gundel, the owner at Urban Family Brewing, says that once the final inspections are done (today and tomorrow) things will come together quickly. The tables and chairs for the taproom and the picnic tables for the patio are staged and waiting in the brewery’s warehouse space. The glassware is in boxes waiting to be shelved.

Urban Family Brewing announced its relocation plans about one year ago. Gundel says he didn’t really foresee the move coming and certainly did not have plans to leave the location in nearby Magnolia. One of the investors in the business just so happens to be in the real estate industry, a situation that presented an opportunity that Gundel couldn’t refuse: a chance to move into the heart of the Ballard brewery district and build an all-new brewery from the ground up. 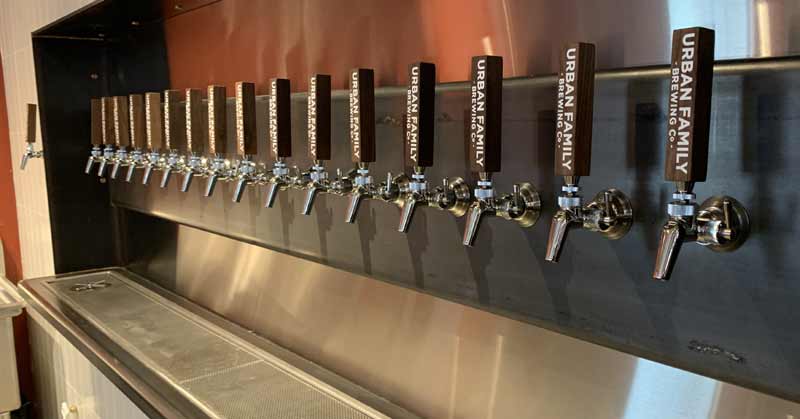 An old house on 52nd Street was torn down and the newly constructed building was adjoined to an existing warehouse on 51st Street. The brewery is in the back and the taproom is up front in the new building, though I do not mean to suggest the back half of the building is old and decrepit because it’s not. A large, glass, rollup door separates the two spaces. 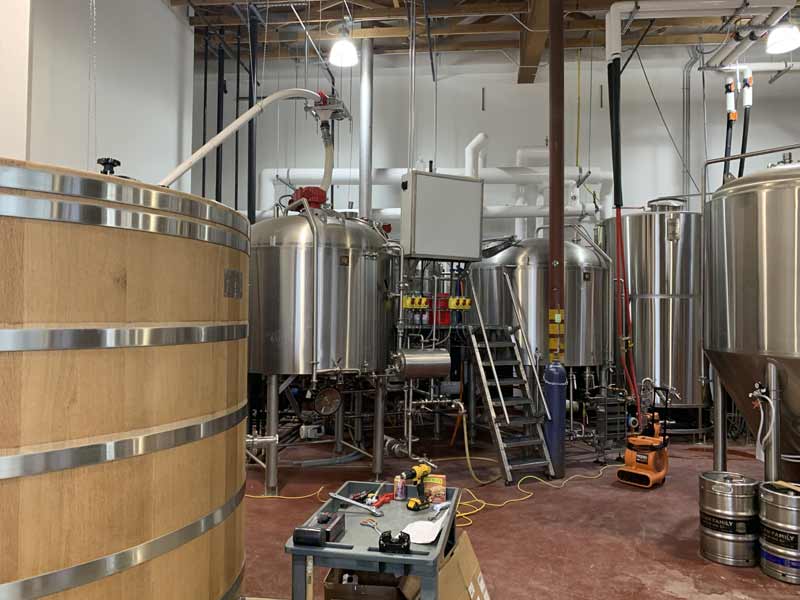 So here’s what to expect when the new Urban Family Brewing opens its doors. The main taproom is large, with a big bar with 18 taps. The main room and the patio/beer garden is all ages. Upstairs, a large loft area overlooks it all but is reserved for those over the age of 21. No bar or taps upstairs, at least not yet. Bring your beer upstairs with you. One wall of the taproom has a huge screen for a projection TV, which is perfect for the big game and is visible from upstairs and down.

Out front, you’ll find picnic tables and a gas fire pit. Also, a large parking stall designated for food trucks. They’ve hard-wired electrical hookups so the food trucks will not need to run generators. And yes, you are right across the street from Stoup Brewing.

Back in the brewery, the beer is brewed on a 20-barrel system that previously earned its keep at Elysian Brewing’s Capitol Hill brewpub. (That Elysian location was completely remodeled recently.) The brewhouse has been updated and tweaked a bit. Beer is fermented, conditioned, and in some cases blended, in a group of 20- and 30-barrel conical tanks. Barrels and all the rest, too, as you’d expect from Urban Family.