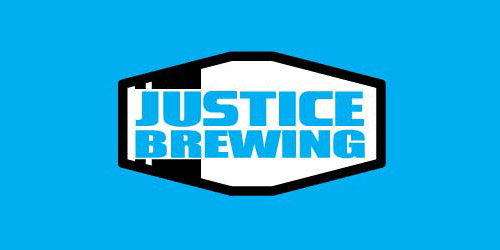 First the good news. Justice Brewing has recently released some batches of beer that are available at locations around the area. More information about the beers and locations below. Also, they’re will be a party at Crucible Brewing to celebrate six years of Justice Brewing beers (December 9th, 6:00 – 10:00), but therein lies the bad news.

Justice Brewing is taking a hiatus and is not exactly sure what happens next. Basically, they’re are shutting down operations. They were in the process of pursuing a plan to open at a new location in downtown Everett. Unforeseen, unfortunate and generally unpleasant news was recently handed down when the city determined that the building was unfit for occupancy by Justice Brewing or any of the other tenants occupying, or planning to occupy, the building. Read the story on MyEverettNews.com.

One last hurrah. Justice Brewing is taking over Crucible Brewing for a party to celebrate the past six years. The party takes place on December 9th, from 5:00 – 10:00.

Here’s the word straight from the source:

We will be taking over Crucible Brewing Everett’s facility for a celebration of 6 years of Justice. We will have beers on draft, some canned and bottled stuff, and what is left of our merch to sell.

If you haven’t heard already, we got royally f***ed. The new building that we were about to open in was Condemned by the city of Everett on September 5th with a vacate date of October 5th. We got the run around from the landlord and had to lawyer up and abandon the new facility, the really sad part was the day we were moving out we got the provisional approval from Washington LCB. 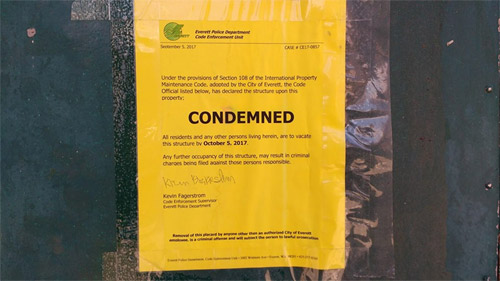 So with that everthing has been scattered to the wind and all the local breweries pitched in to help us out. Crucible, Diamond Knot, Aesir Meadery and our friends and family all rallied to move an entire brewery in less than 24 hours.

We were lucky enough to get together with Crucible, At Large, and Scrappy Punk to brew up some beers for our we don’t know where we’re going next party.

Some come out on December 9th at Crucible Everett to toast our demise/hiatus/anniversary/GFY or whatever you want from 5pm to 10pm.

Final packaged releases of White & Nerdy are in the wild and at accounts already. This last batch was brewed at Crucible Brewing. It’s available at the following. The Retro, AFK Tavern, Brew’s Almighty, Sno-Isle Coop, Malt & Vine, The Hop & Hound, Narrative Coffee, Latona Pub, The Cannery, all 3 Cone & Steiner locations.

Butterfinger Brown
We stepped it up a bit and went back to the classic Imperial recipe (8+% ABV), brewed at At Large in Everett, this beer will start hitting accounts the first wednesday of December and will be available at the following places. Sno Isle Coop, Brews Almighty, Narrative Coffee, At Large Brewing, All 3 Cone & Steiner locations, AFK Tavern, Malt & Vine, and at our party at Crucible.

Outlook Fucked
This beer is a new take on Outlook Hazy, brewed with Scrappy Punk in Snohomish, it’s a Citra & Amarillo, tropical and citrus bomb of an IPA. Fermented with Imperial’s Juice strain. This will only be available at the party at Crucible.

Sours!
We had been saving some of these sours for our grand opening, we all know now that it isn’t going to happen. We will have The 14th Questions Flanders Style Red and Blondemnation Wild American Blonde on draft and in package form at our party. There may be variants available at a later date but we’re not totally sure. Haven’t even offered these up to accounts yet. Both are aged 2+ years in the traditional method using multiple cultures and yeasts, Blondemnation was aged in a used Westland Whiskey barrel so it carries some of that oak and whisky flavor at the back. Both are great and we can’t wait for you to try them.