There’s really no excuse. Sure, we live in Seattle, but Olympia isn’t that far away, so there’s no rational explanation for why it took us so long to visit Well 80 Brewhouse for the first time. That’s exactly what we did recently. That same day, we also visited Headless Mumby Brewing for the first time, but we’ll save that for another post.

Well 80 Brewhouse opened last July in downtown Olympia. Although this brewery and pub is relatively new, it has one foot firmly planted in the past. (Read more about the opening festivities here.) In fact, the brewery’s name is a nod to the city’s proud brewing tradition. The walls are adorned with Olympia Beer neon signs and historic breweriana, including a billboard-sized poster proclaiming, “It’s the Water.” No shortage of Instagram moments. 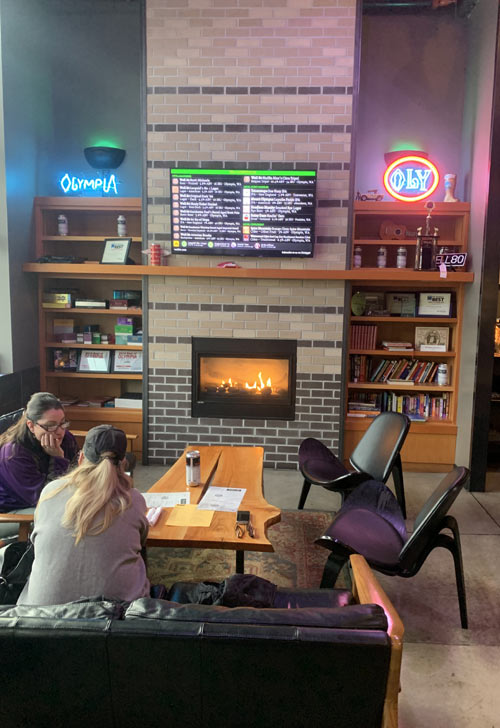 For the uninitiated, Olympia Beer (founded in 1896) is a legendary brand that for decades was recognized and beloved locally, regionally, and far beyond. In its day, the 60s and 70s, the brand found its way into pop culture. Daredevil Evel Knievel was sponsored by Olympia Beer. Oly was prominently featured in many mainstream movies. It is documented that the second word in the name Credence Clearwater Revival is a riff on something the band heard in an Olympia Beer commercial. Other legends, true or not, persist. 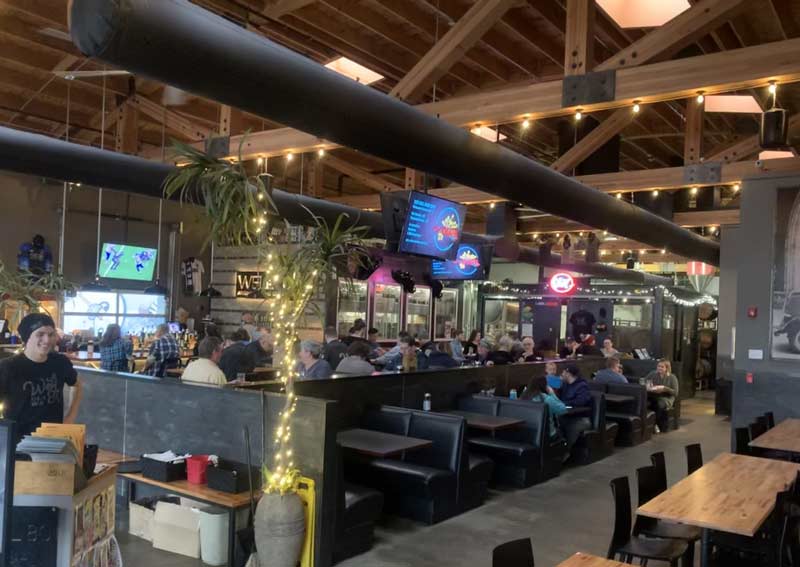 With its well-known slogan, “It’s the water, and a lot more,” Olympia Beer always claimed that the area’s artesian well water helped make it such an outstanding brew. Back in the 1930s, a survey identified 96 artesian wells around Olympia. The one designated Well 80 is located at the brewery now bearing its name. The brewery uses water from Well 80 to make its beers. 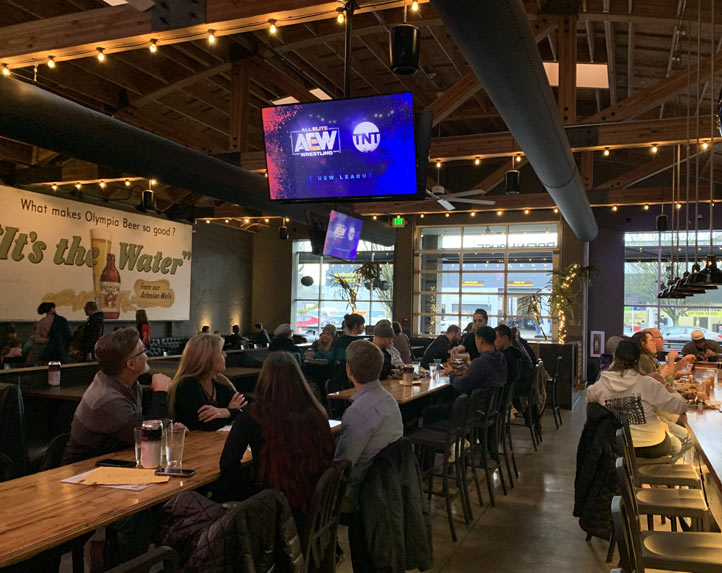 The space is big, new, and beautiful. This brewpub is suitable for a group dinner or a solo session at the bar. The brewery is located at the back of the building, clearly visible as you find your way to the necessary room. Between the main dining room and the brewhouse, there’s a barrel room that serves as an additional seating section with a clear view of the brewery. Available for parties? Worth an ask. I should point out that the restrooms have TVs playing classic, Olympia Beer-related videos. 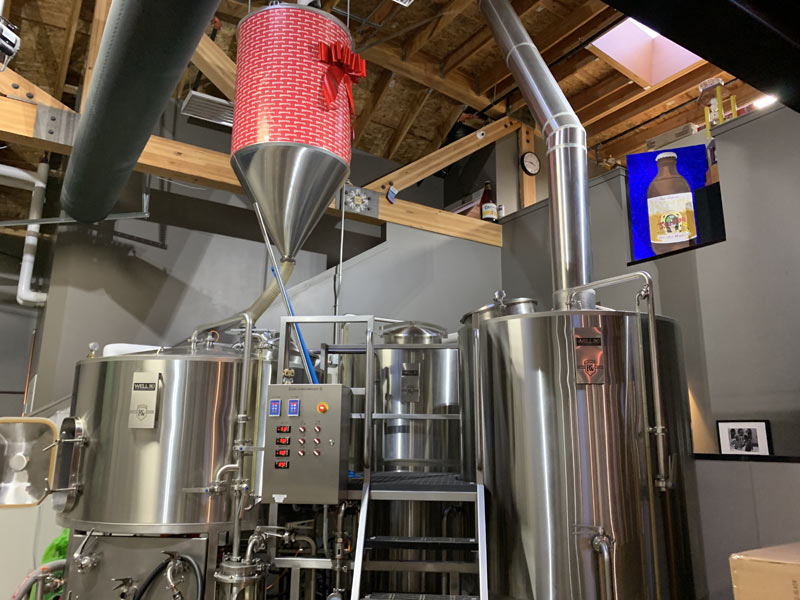 The food was outstanding. I kept it simple with a grilled cheese sandwich and a bowl of tomato soup—a rich and creamy roasted garlic tomato bisque, perfect for a cold, blustery winter day. My sidekick opted for the Well 80 Ceasar salad, which featured flash-grilled prosciutto and oven-roasted tomatoes. Some of the other menu items included sandwiches, burgers, hand-tossed pizzas, and creative culinary explorations involving fries and tots (sauces, toppings, etc). You can see the menu online.

We tasted a flight of beer and both gravitated to Leopold’s No. 1 Lager, a modern recreation of a recipe penned by Olympia Brewing’s founder, Leopold Schmidt, in 1896. Yep, they actually managed to get their hands on Leopold’s recipe. Crisp and refreshing, but with a substantial malt body, no cloying sweetness, and plenty of hop character. Read more about it here. Also, the Dunkel impressed us as did the 80 Lbs. of Hops IPA. 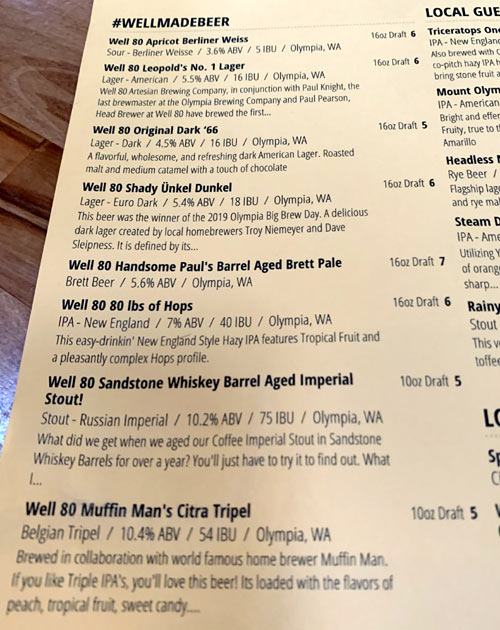 It’s not all about nostalgia, though. The beer menu included plenty of modern craft beer selections, as well as a few guest taps featuring beers from other nearby breweries. And speaking of nearby breweries, Well 80 Brewhouse is located just a few short blocks from Fish Brewing and Three Magnets Brewing. Park the car once and easily stroll to all three.