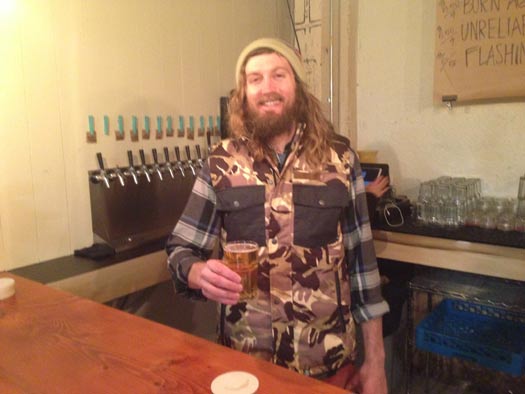 This is a big deal. I mean, a really big deal. Just earning a nomination is a humongous honor. Steve Luke, the maestro behind Seattle’s Cloudburst Brewing, was just nominated for a James Beard Award, one of the most prestigious culinary awards in the world. The James Beard Foundation is a New York City-based national non-profit culinary arts organization and the awards it hands out are highly respected across the food and drinks industry.

The James Beard Foundation Award nomination comes in the category of Outstanding Wine, Spirits, or Beer Producer. Among the other 20 nominees in the category, Luke’s Cloudburst brewing is one of the four beer brewers that received the nod. It’s an elite group that includes the likes of Jeffrey and Michael Stuffings of Jester King Brewery in Austin, Texas. (A sake brewery was also nominated.)

This is the semifinal round, with the semifinalists widdled down further on March 25th. For more information about the James Beard Foundation Awards, and a complete list of nominees, visit the website.

“We’re incredibly honored and stoked to be on this list,” said the Cloudburst Brewing’s statement on Facebook this morning. “Brewing, and running a small brewery, is a team sport—and this nomination is for our tiny, yet mighty, hardworking squad. Anytime an esteemed organization like James Beard Foundation recognizes small, locally-focused, independent breweries is a win for us all.”

Are kids allowed at the brewery's taproom? Why and why not
The Good Society Brewery opens in Seattle this Friday
Brouwer's Cafe presents, the 18th Annual Hard Liver Festival, Feb. 29th and March 1st